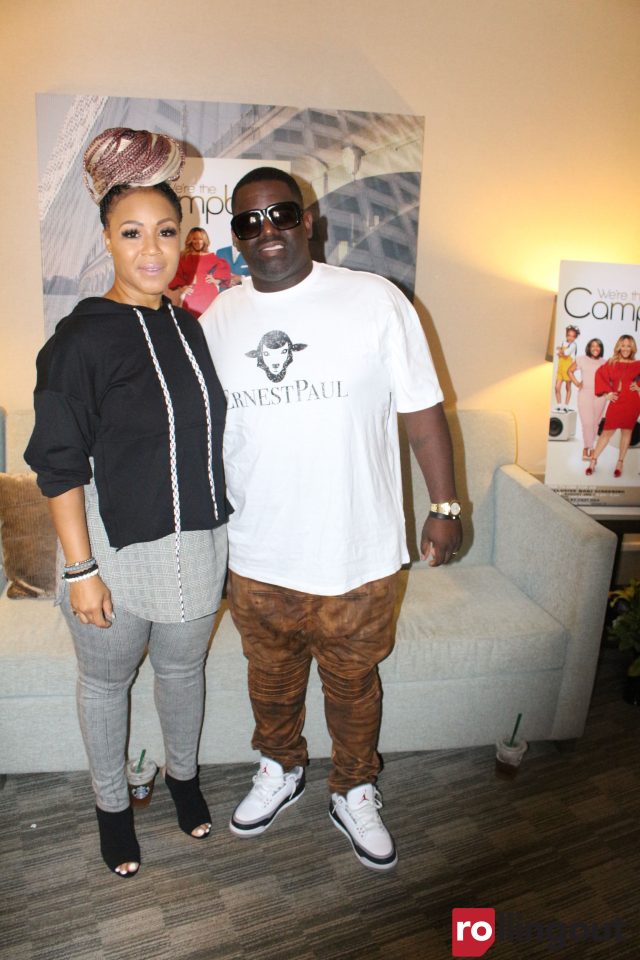 TV One’s new docu-series “We’re The Campbells” gives an intimate view into the lives of gospel entertainment icons Erica and Warryn Campbell as they “luh” God while balancing their marriage, family and careers. Thus far, viewers have watched them address issues such as body image and colorism. There are also moments when they reveal past struggles with a miscarriage and suicide. Despite disappointments and missteps, their faith sustains them.

Rolling out caught up with Erica and Warryn during their recent stop in Detroit at the National Association of Black Journalists’ annual convention. Known for their engaging and frank perspectives, the power couple spoke about shaping the narrative of the show, guiding their family by faith, how they nurture their agape love and more.

During the show, viewers get to see Erica and Warryn record their duet. Naturally, the Campbells’ children, Krista, Warryn and Zaya, emulate their parents’ musical gifts. A video of their eldest daughter Krista singing the national anthem at a Los Angeles Sparks game went viral a couple weeks back. Daddy Campbell revealed that fans will hear more from their offspring, whom he dubbed C3.

“Those kids are really trying to be involved; they wanna sing,” he said. “My oldest … she might be the best singer in the house, at this point. She’s coming for both of us — at 13.”

“Krista is amazing,” Erica said. “We’ve been teaching her songs. I’ve been bringing her on stage with me, and technique and poise and posture. To see her performing like that was just … we were so so proud.”

The Campbells, who appeared on season one of OWN’s docu-series “Black Love,”  are shaping a narrative that shows Black families who function in a healthy manner.

“For me, doing a show like this, what appealed to me was the opportunity to change that narrative,” Warryn said. “Because somebody said well, the statistic is that 50 percent of marriages end in divorce. I only see the other 50 percent. Let’s show the married 50 too; it’s not out there. I was raised around a lot of successful marriages in my family. My parents have been married 43 years. The narrative in the story—if you let the media tell it—is that all black homes are broken, and that’s just not true.”

Erica shared her husband’s views on the misconceptions their nine-episode series will dispel. “That no fathers are there; that they don’t like each other that everybody’s always trying to get away; that we come home when we have to, not because we want to. That truth is not ours, so we wanted to be a reflection of what we know exists in our world.”

Staying humble and committed helps the couple as they raise their family in this era of social media. Much of which, is reflected on the show. “We’re friends. I love being a mama. I love what I do,” Erica said. “I don’t know that there’s this magical recipe for what it is. I feel so blessed. I’m connected to this guy and my amazing babies. So even when I’m gone, I’m within arms reach.”

“Even when she’s away, somehow, we don’t feel that she’s that far. Her presence is still in our house, even though she’s not there, which is special to me,” Warryn said. “She does something incredible where, she is gone a lot, but when she’s home, she quickly morphs into just mama mode and wife mode.”

Instant means of communication via Facetime and email, help the family to stay in touch. They also credit support from their village of extended family and an even greater force for their bond. “God is the glue. Loving who I’m married to, loving our babies and knowing that God is the glue and that I don’t have to do it by myself, that I don’t have to be superwoman. Even though I get a lot of awesome compliments, I know this is not my own strength.”

After 17 years of marriage, the pastor and first lady of the California Worship Center are able to translate each other’s love languages. During one of the episodes, they did what they call a love check-in. “When we’re driving, and my wife is quiet, just looking out the window, I know something’s wrong,” Warryn shared. “If I ask her questions, she gives me one-word answers and she blinks really slow. If I ask her what’s wrong, she’s gon’ say nothing, but I know something’s wrong. I know she’s gonna tell me later.”

It can be uncomfortable for both of them, but the “love check-in came out of necessity and because it was so successful … it was a conversation where you are very candid about how you feel, what you like and what you don’t like,” Erica explained.

“You go: ‘I didn’t mean it like that.’ It doesn’t matter if you meant it like that. All that matters is what it felt like to his heart, what it feels like to my heart. And you address it and you get past it. When you put the title ‘love check-in,’ it feels different; you don’t feel attacked. You don’t enter conversations on defense.”

“The keyword there is, love,” Warryn added. “Even if I have to say something that I know she might not like, I gotta say it in love and wrap it in love, so it doesn’t feel like a brick, it feels like a pillow.”

“We’re The Campbells” airs Tuesdays 8/7C on TV One. 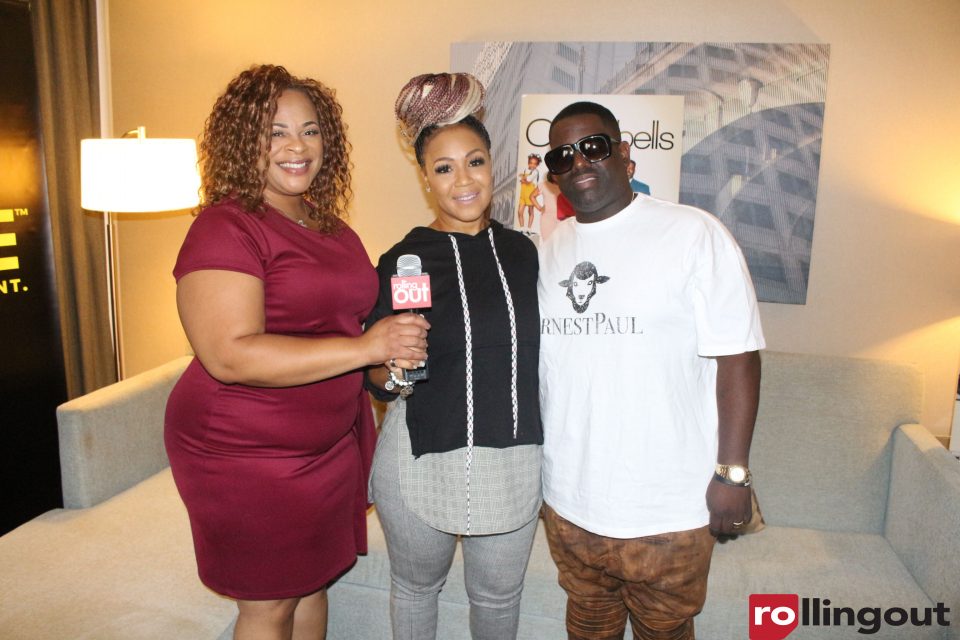 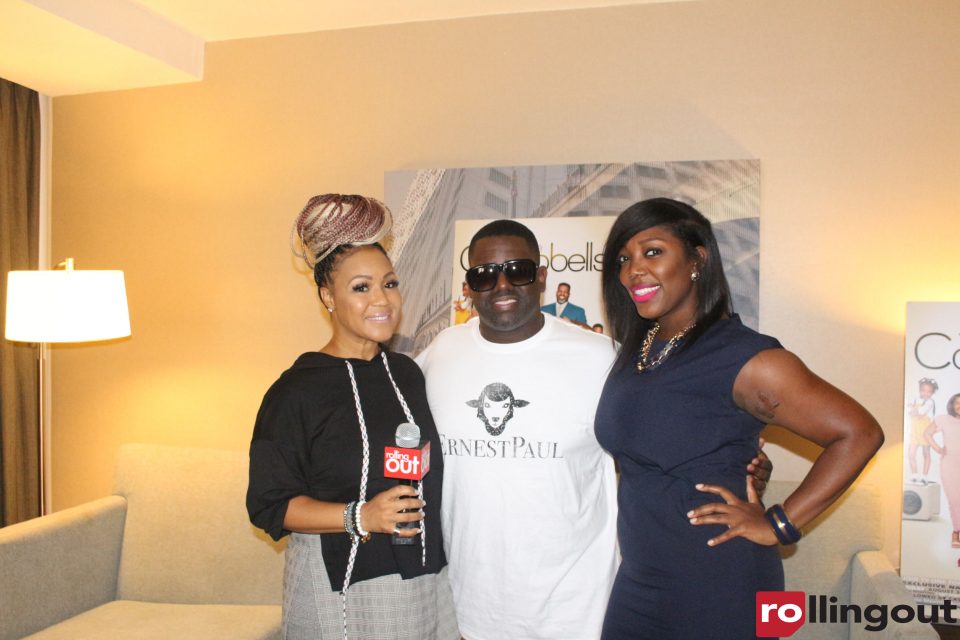