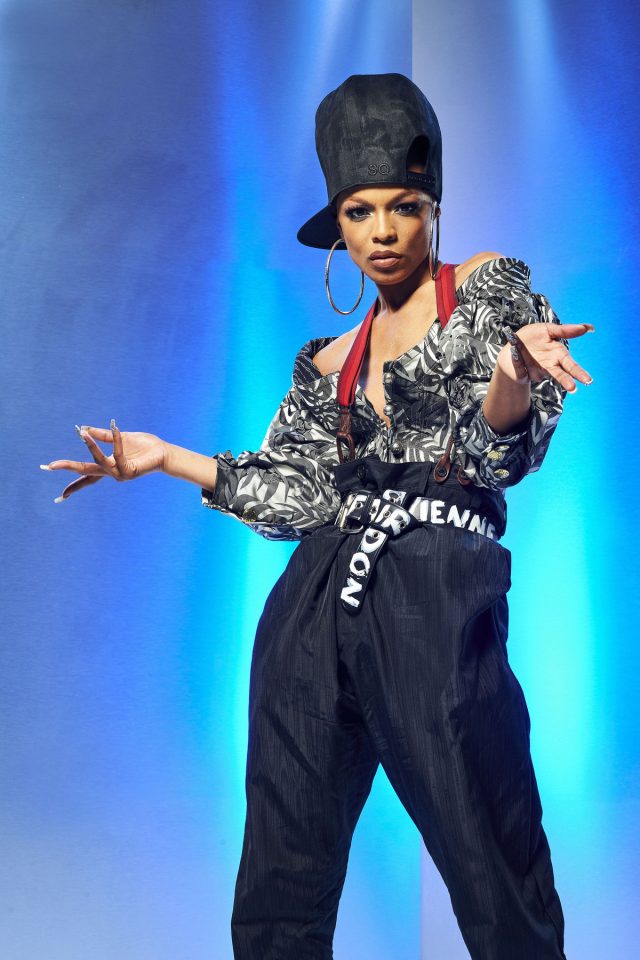 Season 2 of Fox’s “The Four” was intense. The judges struggled to make their decisions because the competitors leveled up each episode. The final battle on August 2 between Sharaya J and James Graham had a special tone because of the friendship they developed during the show. In the end, many were shocked when Graham was selected as the winner because Sharaya J was the longest seat-holder in the history of the show.

Although she didn’t win “The Four,” the 34-year-old native Hawaiian who was raised in Jersey City, New Jersey, continues to move as a winner. A natural performer, her father was a member of the ’90s hip-hop group Double XX Posse. With a successful career in the dance industry — working with the likes of Diddy, Rihanna, Ciara and Alicia Keys as well as great choreographers like Laurianne Gibson, Fatima Robinson and Jamaica Craft — she is no stranger to the spotlight. In 2013, she studied under the legendary Missy Elliott as her protégé.

Prior to the start of the competition, the entertainer, filmmaker, actress and choreographer was diagnosed with Stage 2 breast cancer. While enduring chemotherapy treatments, she brought it like a beast during each performance. Her crafty cadence coupled with her brash wardrobe distinguished her, as Diddy would say, “a self-contained artist.” On the finale, she announced that the tumor in her breast has disappeared.

Sharaya J acknowledges several milestones happened during this season in addition to her longevity as a contestant. “That was a huge accomplishment for me. Nobody can ever take that away, for sure. And we also broke some records,” she said. “We had the first female hip-hop battle on television, we had the first time hip-hop was in a finale like that on any one of these shows.”

Rolling out spoke with Sharaya J following The Four finale. Her spirit of perseverance is infectious. “My grandmama always told me, ‘Impossible is I’m possible,’ so I’ll never let anything — anything — be too big for me. I’ll never give up, and that’s important,” she said.

Find out more about this fierce femcee below.

How do you feel now that the competition is over?

It has been such a ride. Now that I get this time to decompress, it’s appreciated, and just to sit back and think about what a great thing that just happened. I’m still soaking it in and getting my body up to par. Everything has been a real blessing for me. I didn’t walk away with the title on that show, but I walked away feeling like a winner, and I’m just excited for the future.

What was it like for you growing up watching your father as a hip-hop artist?

I always say that I came up in hip-hop. It was my life. My father, since I was a young girl, I used to watch him go into the bathroom with his instrumentals, and he used to call the bathroom his office because it had the best acoustics in the house. I would watch him go in there at night before I went to bed, and when I would wake up in the morning, he hadn’t been out of that bathroom all night. His work ethic locked into my head. My mom was a music head, too. She listened to a lot of records that were before her time, which exposed me to another type of soul music.

What are some things that helped you to get through the competition when you needed that extra energy?

I always give all the glory to the creator ’cause that alone has pulled me through this whole situation. I’m a true believer in the way that you think about yourself is the way that you will be. I just kept speaking healing over myself. It was times when I had to go up there and battle, and I hadn’t even been able to recover physically from the chemo yet. But after a while, all the support started pouring in for me. Every time I was stepping out on that stage, I wasn’t just stepping out there for myself anymore. I was stepping out there for the people who were looking up to me, who were inspired by my journey. That, in turn, was healing me at the same time and helping me to pull up the energy to get up there and do my best and leave it on the stage.

I would love to work with God’s great artists like Drake and J Cole. Beyoncé is probably on everybody’s list. I’m a big fan of Janet Jackson, too, and Janelle Monae.

What does BANJI stand for?

It’s a movement I created. It’s an acronym for Be Authentic Never Jeopardize Individuality.

We need more representation in hip-hop from female emcees. Describe your brand of hip-hop.

I like to push the envelope. I like to think outside the box. I’m a very creative thinker. Everybody has their own personal thing and, for me, hip-hop is my source and where I come from, but also I am influenced by fashion and dance because dance is a big part of my career. Although a lot of people say hip-hop is about bars — which it is — I would like for hip-hop to be able to transcend a little bit — a lot, really. I think that people like Missy [Elliott] have done that and also Nicki [Minaj]. I will give Nicki and Lil Kim credit for doing that.

I just want to be like one of those who I looked up to when I was coming up — the Salt-N-Pepas, the [Queen] Latifahs, Lauryn Hill, the ones who set that precedent for me and made me fall in love with hip-hop.

So what is next for you?

There’s definitely an EP in the works. I was working on it prior to the show. The show has been a blessing to help catapult me and allow me to have that platform to show the world my art. And so now I’m just taking on that and the BANJI movement moving forward and stepping into whatever blessings the creator has lined up for me. I’m actually working on a feature film now, and I’m about to drop a video for my single “Say Less.” I actually got an opportunity to perform it on the show this season.