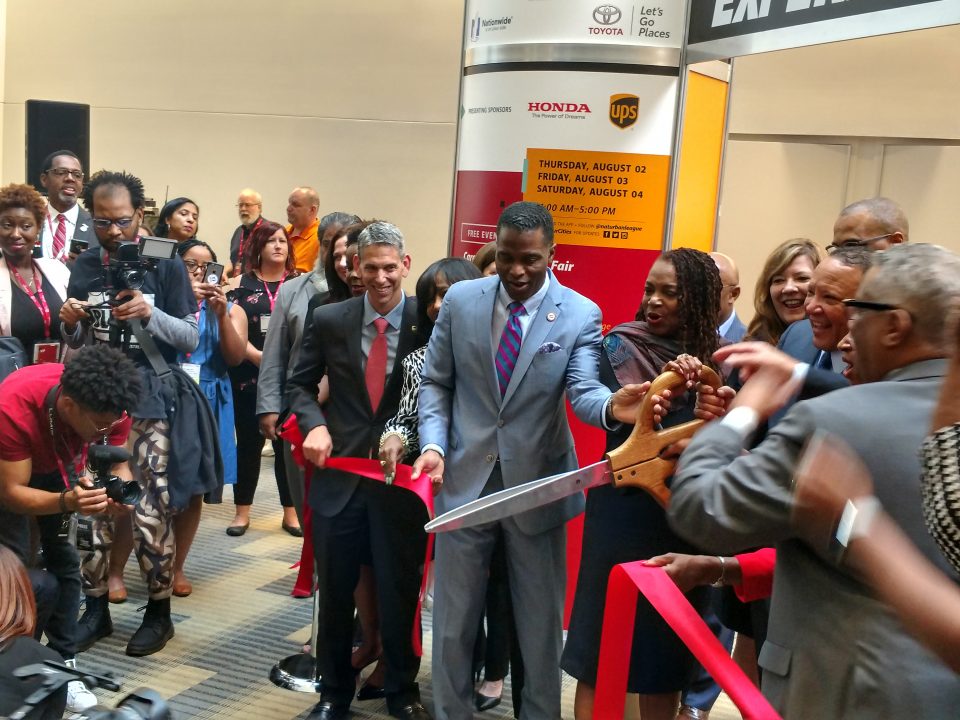 The National Urban League (NUL) held its annual conference on August 1-4, 2018, and this year, Toyota returned as a title sponsor. The conference was held at the Greater Columbus Convention Center in Columbus, OH and this year’s theme was Save Our Cities – Powering the Digital Revolution. This year also commemorated Toyota’s 27-year partnership with the National Urban League as well.

The conference featured numerous business, civic and community empowerment workshops, exhibits and a career fair. Attendees included notable businesses, community and civil rights leaders, government officials and others from around the country.

To commemorate the passing of John Wesley Mack, former President of the Los Angeles Urban League, during the NUL Awards Gala, Toyota announced the newly established John W. Mack Scholarship Fund to be administered through the National Urban League. Mack was a highly respected advocate for equal opportunities in education, law enforcement, and economic empowerment for African Americans and other minorities. He was known as a bridge builder across all racial, cultural, economic, gender and religious lines and began his career in 1964 with the Urban League in Flint, Michigan. He was later appointed executive director a year later. He served as president of the Los Angeles Urban League from August 1969 until his retirement in 2004. It was through Mack’s leadership that Toyota, then headquartered in Los Angeles, became partners with the NUL.

“Through this scholarship fund, Toyota’s goal is to make it possible for many worthy students to attend college and earn a degree focusing on the fields of science, technology, engineering, arts and math,” said Al Smith, group vice president and chief social innovation officer, Toyota Motor North America.  “Just like John Mack who inspired our executives by his visionary leadership, we want to help make dreams comes true and encourage students to start their impossible. We encourage others to support the fund.”

The conference wrapped up with a NUL Experience & Expo Community and Family Day that included an in-house barber shop for boys and a beauty salon for girls to help prepare students for school. There was also the Toyota Camry Carpool Karaoke where conference attendees and community guests raised their voices to their favorite tunes as the crowd cheered them on. As a parting gift, Toyota gave away an uplifting t-shirt where guests could select from various slogans, such as, Toyota I Represent…the future, education, innovation, creativity or empowerment.

The National Urban League is a historic civil rights and urban advocacy organization dedicated to economic empowerment in historically underserved urban communities. During the event, the Columbus Urban League celebrated 100 years of service to the community.