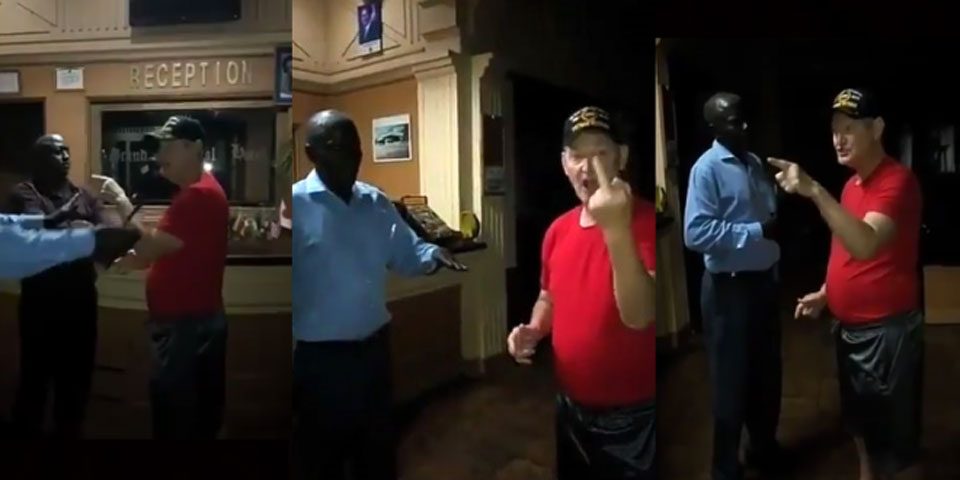 In recent months, Blacks in the United States have been subjected to outrageous abuse caught on camera. From coast to coast, White racists have taunted, attacked and called police on innocent Black people just for living.

In some cases, the person perpetrating the attack has been identified and soon found themselves out of a job.  In other cases, the offenders have been the recipients of the Black diaspora tradition known as the catching of the hands.

Some may say only in America can these White folks get away with this behavior, and that would never happen if they were in the Motherland. Apparently, those people would be wrong in their assumption.

Case in point: In the country of Uganda, a White man, who has been identified as Jimmy Taylor, an American citizen reportedly there on Christian missionary work, decided to deliver not only the gospel but also a racist tirade and a beating to a hotel worker.

Shockingly, Taylor smacked around a Black man twice his size, repeatedly called him the N-word, yelled “f— Uganda” and told all the Black workers in the room, “You will obey me.”

While all this was happening, the workers appeared to remain calm, ran from his blows and pleaded with the racist thug not to beat them. They dealt with the beating and the destruction of the desk area until the police arrived.

When the police showed up, officers surprisingly appeared to handle the hostile foreigner, who claimed that Jesus was going to punish all of Uganda, with kid gloves, according to posts by Twitter users on the Uganda Police Force’s page. Taylor was ultimately charged with assault, but many Ugandans were infuriated by how police handled the incident and the perpetrator, as the following tweets show:

“Eeeh, why is he still walking? Why is his shirt neatly tucked in? Why does he still have a belt? Had it been a Ugandan! Y’all arrested foreigners with dignity you wouldn’t accord to fellow Ugandans! Nkt!”

The shocking attack can be viewed below: