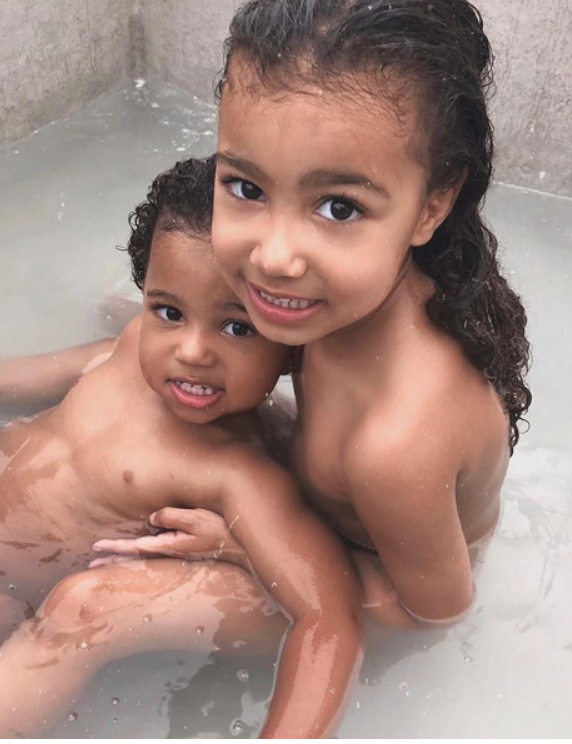 Kim Kardashian West makes her children sit at a separate table when she’s out for dinner.

The “Keeping Up With the Kardashians'”star raised eyebrows over the weekend when she and her best friends Jonathan Cheban and Larsa Pippen caught a bite to eat at Carpaccio, a high-end Italian restaurant in the Bal Harbour area of Miami, while her five-year-old daughter North was forced to sit a few tables away on her iPad with her nanny.

But, although onlookers were puzzled by Kim’s decision to seat her child away from her, a friend close to the 37-year-old reality TV star has said that she and her pals were filming a scene for “Keeping Up With the Kardashians” and she didn’t want North on camera.

A source told PEOPLE.com: “Kim was filming and North expressed that she didn’t want to be on camera, so she sat at a table next to Kim.”

Kim, who shot into the limelight when her sex tape with then-boyfriend Ray J was leaked online in 2007, was recently forced to explain to North why she is “famous.”

North asked: “Mom, why are you famous?”

To which Kim replied: “Oh, okay, okay. I’m going to have to explain this right now.

However, although her life in the public eye can get pretty “intense” at times, Kim believes she’s able to be completely “normal” at home because her kids, (North, Saint, 2, and Chicago, 8 months) have no idea what’s going on.

She said: “My kids have no clue what’s going on.

“So I don’t really feel it. I spend most of my time at home. We’ll definitely go through moments where we’re like, ‘Cut the kids way back.’ “