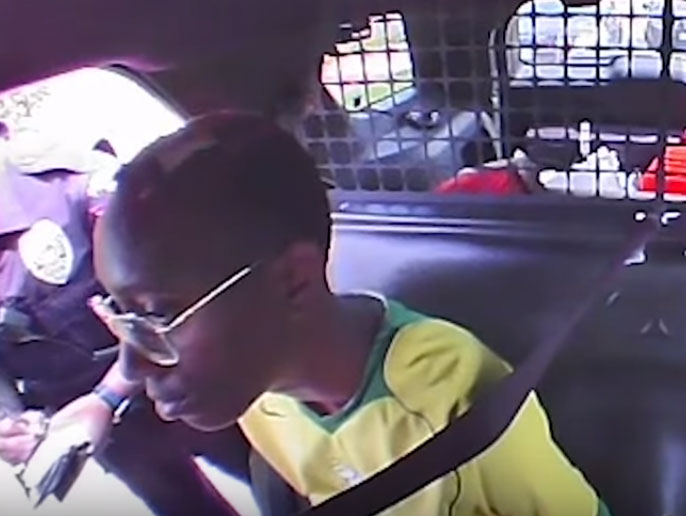 A  ride home from church turned into a frightening police encounter for a Black teen near Milwaukee. Akil Carter, 18, was picked up by his White grandmother and friend as she was going home from church to give him a ride to work. A few minutes later Wauwatosa Police pulled over the blue Lexus and ordered Akil out of the car at gunpoint, then cuffed him and placed him in the back of the squad car.

When his grandmother, Paulette Barr, and her White friend asked what was going on, the officer said he had received a complaint that she was being robbed by two Black men. Barr protested and stated that she was coming home from church and Akil was her grandson, shocking the officer who is heard to say incredulously, “That’s your grandson.”

Despite being informed that the officer had no reason to detain her grandson, he was still questioned and forced to give his identity before being released. Now the family has retained a lawyer over this unwarranted police stop. Attorney Joy Bertrand told ABC-News, “Our interpretation of what happened is still based on a really limited amount of information. … What we see happened right now is a young Black man was driving with two older white women in a Lexus and pulled over. … We were told that, after the fact, a tipster had said the car had been involved in a robbery but we’ve received no corroboration of that tipster. … We’re left to wonder what the real basis of this car stop was and we’re still investigating that. The police story is strange.”

The police released the dashcam video of the encounter and stated that the officer was flagged down by a Black man who claimed that a White woman was being robbed. However, police are unable to produce any evidence of who this tipster was to confirm the officer’s story.

The video of the encounter can be viewed below.