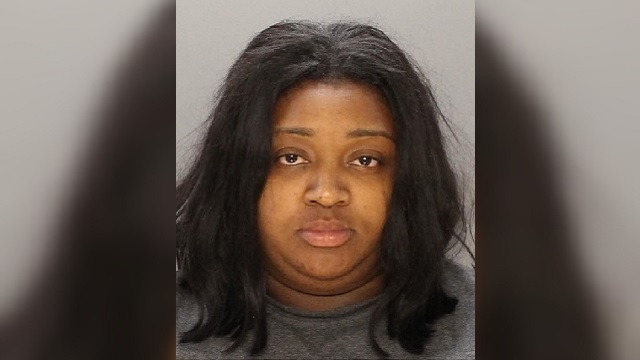 Three women were attacked by a fast food worker who burned them with hot grease. The incident occurred at a Checkers located in Southwest Philadelphia shortly after 3 a.m. on Sept. 9.

According to reports by WPVI, the female customers were upset by a wrong order of food they received at the drive-thru. At some point, Checkers manager Latifah Linder, 28, began arguing with the women over the food order and refused to change it. After the women would not leave, Linder allegedly grabbed a cup of hot grease and threw it at the women who were still in the car.

When the women decided not to leave, Linder grabbed two pans of hot grease and threw it on the women. The female who sat in the driver’s seat, who has yet to be identified, was hit on the arm and legs by the hot grease. She was severely injured, rushed to the hospital. and reportedly received first degree burns. The other two women were treated at the scene and released.

Linder was arrested on the scene and charged with aggravated and simple assault, reckless endangering and related offenses.

In statement, Checkers revealed that the company is investigating the incident by saying, “This incident occurred at a franchised restaurant on Baltimore Avenue. The franchisee is taking this incident very seriously, and the manager involved is no longer with the company. That behavior was completely unacceptable, and does not represent the values of the hundreds of Checkers employees who serve our Philadelphia guests every day. The franchisee is cooperating fully with the police in their investigation.”