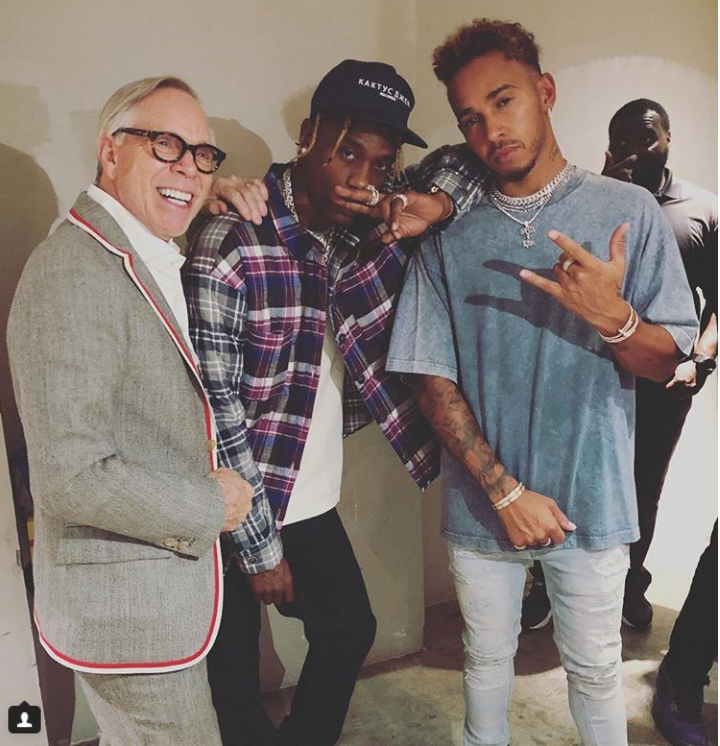 The other night, Nicki Minaj and British auto racer Lewis Hamilton, 33, were spotted by the paparazzi not so subtly arriving and departing dinner together at upscale Italian eatery Carbone in the Manhattan section of New York City. They were easily photographed sharing a bodyguard’s umbrella and then getting into the same vehicle.

Fans could easily deduce that the two were not trying to hide.

Besides, Hamilton posted the fact they were seen together on his own Instagram page. 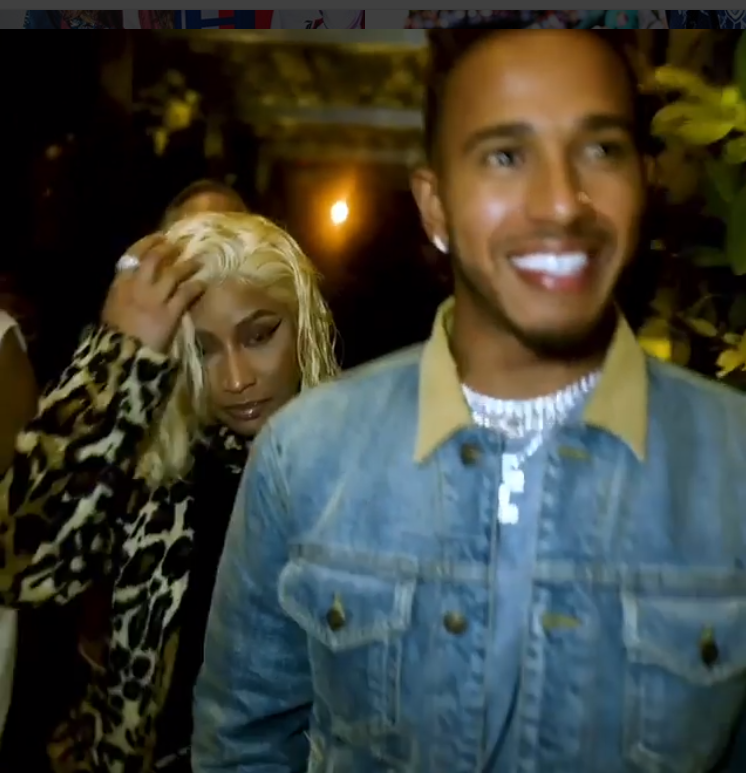 Previously, Hamilton was boo’d up with singer Nicole Scherzinger and was later linked to mega-singer Rihanna and Chanel Iman. Hamilton got the bag (a very big bag) off of Formula One Racing and just signed a $100M contract with Mercedes-AMG Petronas Motorsport, so he’s good in the coins area.

It remains to be seen if these two will get linked up long term.

Meanwhile, fans shared their opinions on the pair on Twitter, with some welcoming it and others believing Hamilton will get contaminated by Minaj: