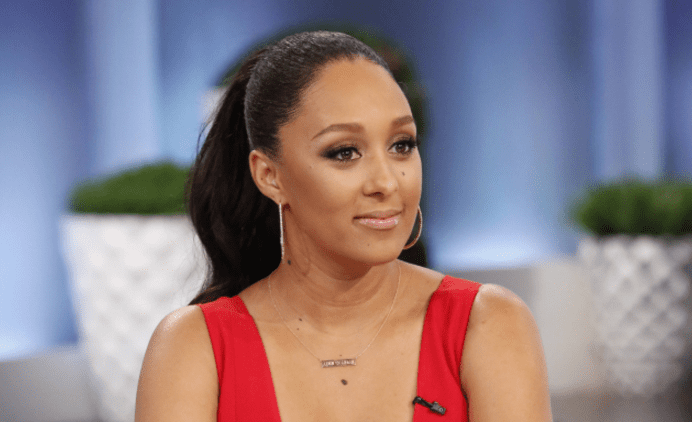 Tamera Mowry stood up for husband, Adam Housley, during a segment of “The Real” by telling the audience that he is not racist.

The incident occurred on Sept. 18 during a segment when the women of “The Real” spoke about Julie Chen’s decision to stand by her husband, Les Moonves, following his sexual assault allegations and removal from CBS.

Mowry argued that she understood Chen’s plight because she has dealt with the backlash that her husband, Housley, has faced in the past.

Housley served as a reporter for Fox News for 17 years before leaving in August due to the company’s editorial direction. Since Donald Trump became President, Fox News has remained a staunch supporter, even ignoring some of Trump’s blatant disregard for the facts.

Following Mowry’s outburst, Housley tweeted, “This is just for clarification so if you see any stupid people spewing lies…per usual…have them refer to this tweet. @TameraMowryTwo and I did not support Trump or Hillary and nowhere has there ever been anything said to prove such…No I am not racist, or insensitive, or any other crap you spew. Yes I love people from all walks of life. I love to cook, be with my kids, coach soccer, tell stories, music of all types, people of all types.”