The new ABC production “A Million Little Things” is set to premiere on September 26. This show is giving a new perspective on friendships, mental health and how people deal with varied levels of mental illness, both effectively and ineffectively.

The plot is centered around a tight-group of friends who must deal with a friend’s shocking death. The show is an actual representation of mental illness and the troubles behind the stigma of mental illness. Christina Moses who plays the character Regina Howard. She is starring alongside The 40-Year-Old Virgin actor Romany Malco. Malco plays Moses’ on-screen spouse who is dealing with his own secret misery.

Moses speaks to the reality of depression and how there is minimal discussion around the very sensitive topic. She says, “Mental illness is real, and depression runs in both sides of my family and none of which is ever really discussed.”

She adds, “Our intentions are not to hammer it in but to give justice and to give voice to it in a way that is realistic. That’s something that I am excited to be a part of.”

Moses recently appeared onscreen as FBI agent Sharla Shepard in the 10-episode CIA conspiracy thriller “Condor” based on the 1975 political suspense film Three Days of the Condor. Additionally, Moses can be seen in CW’s notable vampire series “The Originals” as Keelin.

Rolling out spoke with Moses about “A Million Little Things,” preparing for the role of Regina Howard, and her inspiration on becoming an actress.

Tell me all about “A Million Little Things.” The trailer looks both fascinating and intriguing and it puts meaningful friendships into perspective. Tell us about your role as Regina Howard. What’s her storyline?

“A Million Little Things” is about a group of friends who have just been handed a big tragedy and how they are going to deal with it and all the different ways in which they handle their grief separately and how they’re handling it together. Some of us are successful and some are not exactly where they want to be, but they are all dealing with a level of stuckness. So, when our friend, the one who has it “all-together” takes his life, we are all like, “What do we do with that?”

I play Regina Howard who is a friend of Jon played by Ron Livingston; his [character’s] wife Delilah and I are best friends in the show. What you see in the pilot is that my husband Rome, played by Romany Malco, is about to take his own life. Regina is not aware that her husband is dealing with depression.

[Regina] is aware that he wants to be a filmmaker and now he’s directing commercials and he’s been extremely successful at it. And that’s as far as she knows about his unhappiness. Their relationship is strong, they love each other, they are partners and best friends. The show also focuses on secrets, there’s a lot of secrets.

With Regina’s character, she is a chef and she had a restaurant, but it failed. She went in full force, wasn’t entirely prepared and it failed. [The character] Jon helped her get out of a lease which would have put her in bankruptcy. We may see her open a new restaurant and succeed or not; we don’t really know yet, but it is her dream.

What do you love about acting? Was there a motivation behind why you started?

Acting has been in my life for a long time. My dad was an acting teacher before I was born, and he’s done some guest starring roles. My father kept teaching acting until I was five or six. My mother did some small roles on TV as well. My mom did theatre in Los Angeles and I grew up in Los Angeles, so it was always here in my life. When I was a kid my dad took me all over Los Angeles and I was not feeling it; I was so shy. Sure enough, I did find it on my own. In high school, I started to do theatre. I am an artist, so I used to paint and write a lot. Theatre was just another avenue of self-expression.

Who do you look up to as an actor, director, or artist?

Yes, I am obsessed with movies, especially old classics. Lena Horne, Dorothy Dandridge, Vivian Hayward. Modern day, Meryl Streep has been my absolute favorite since I was a little girl. Viola Davis is one of my most absolute heroes. Ben Foster is an actor that I appreciate a lot; he is an underrated actor maybe because he picks and chooses very carefully the movies that he does. Cillian Murphy is one of my favorites. Directors: Michel Gondry, Quentin Tarantino.

Tell us about the series The Originals. You play Keelin, an openly bisexual ER doctor and the last living werewolf of her line, which is very unique. Tell us about this season.

The season finale just ended. It’s a culmination of five years: in vampire years, it is hundreds and thousands of years of mayhem, family drama, love and lost. Keelin is Freya’s love interest and it’s basically Freya’s desire to fall in love, be loved, have a family and be free of a lot of the drama in her family. [Freya] puts her family before her own happiness, but she finds it within herself to choose her own happiness and it doesn’t necessarily mean having to leave her family either. It’s beautiful and [Freya and Keelin] got married.

You have an impressive and extensive acting career. What’s the best advice you’ve been given?

To relax. It’s something that I am constantly reminding myself because when you’re in the state of relaxation, anything can happen and that’s what you want. If you’re not relaxed, chances are that it won’t work very well or at least it won’t be a very fun experience for you if you’re stressed out about it. David Mamet said in his book, True And False, “Event nothing, deny nothing, accept everything and get on with it.” It took me a long time to figure out what that means and how to put that into practice, it’s still something I’m learning. But it has a lot to do with relaxation. Also, something I try to remember from one of my spiritual hero’s (who’s passed away now), Chögyam Trungpa, “Real fearlessness is the product of tenderness. It comes from letting the world tickle your heart. Your raw and beautiful heart. You are willing to open up without resistance or shyness, and face the world. You are willing to share your heart with others.”

Tell us where our readers can find you.

Watch the trailer for ‘A Million Little Things’ by clicking here. 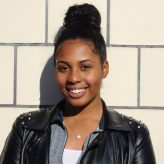 "Belief in oneself and knowing who you are; that's the foundation for everything great." -Jay-Z~ Instagram:@Photobynailah Twitter:@heardnailah Facebook: Nailah's Photography