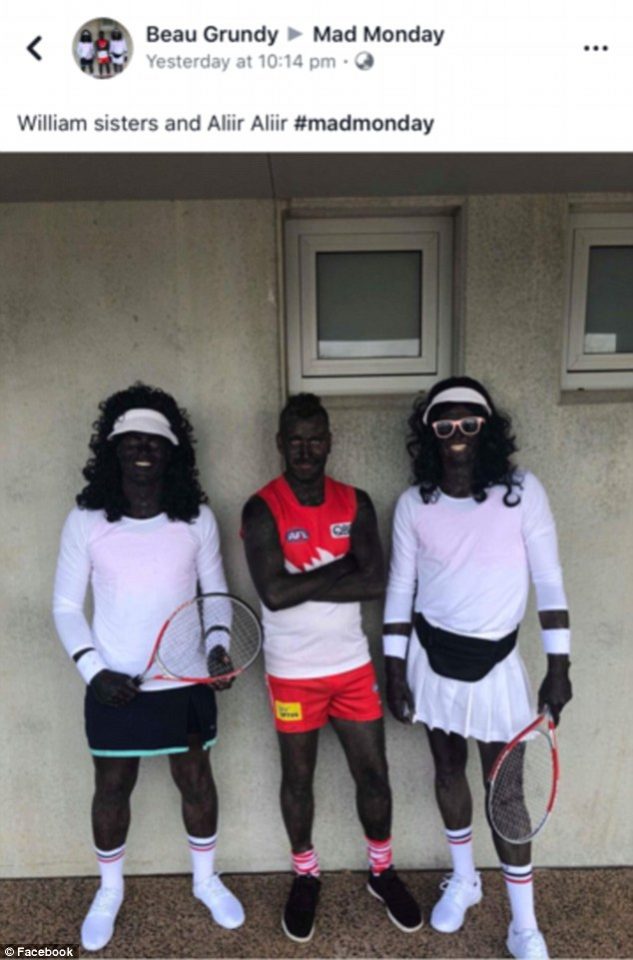 Another week and another racist act has been aimed at Serena and Venus Williams. This time the incident involved three players, Mitch Stanley, Beau Grundy, and Matt Chamberlain on Tasmania’s North West Football League team in Australia.

The players were attempting to celebrate Mad Monday by being racist. Mad Monday is a phrase commonly used in Australia to refer to the end-of-season celebrations for professional football players.

The image, initially posted on Facebook, eventually went viral and sparked outrage around the world.

On Sept. 12, another Australian used racism to project his views of Serena Williams. Mark Knight of Melbourne’s Herald Sun, created a racist cartoon that depicted Serena Williams in a racist and stereotypical manner. Knight never apologized for the cartoon and the Herald Sun stood by the art.

Feeling the heat, the league’s President, Andrew Richardson, responded by issuing a statement, “Each player will be given support to make sure they understand that their behavior was racist and hurtful and that it will not happen again. The players concerned have acknowledged that what they did was completely and utterly unacceptable and would like to apologize unreservedly for their lack of judgment. Sometimes players make mistakes and for that we apologize.”