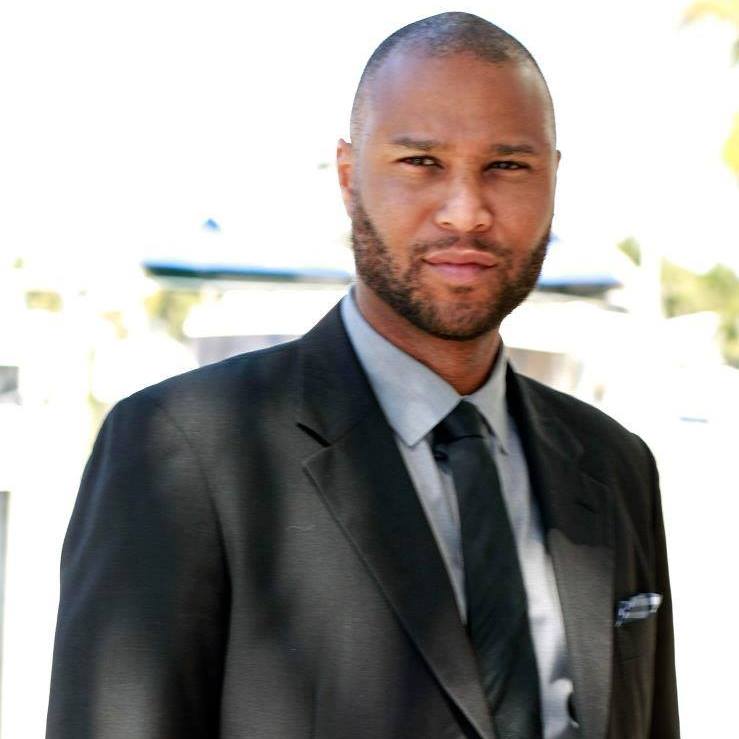 Kevin Sharpley is the president and CEO of Kijik Multimedia Inc., a full-service production company with specialties in integrated, branded and convergent media and development of in-house projects. He is also executive director of CineVisun TransMedia, a nonprofit organization that supports the independent film, media and entertainment industry. His range of work includes films, television, documentary, commercial, music video, multi-media and event video production. In addition, he is an actor and well-respected artist, having shown and performed his work in many exhibitions and shows throughout South Florida.

My company has many projects that are social in nature, that have outreach and visibility and inclusion built in. Projects such as documentaries on Haiti — one of my favorite countries in the world — and what has transpired there, artists and some of their struggles and triumphs, an animated piece we did that was narrated by the great director David Lynch for his foundation which outreaches to many underserved populations, even one of our bigger projects “The Beach Chronicles” that has a comic book, podcast, live action [and] animated components and feels like a more commercial project is actually about marginalized populations and deals with issues such as veterans [with] PTSD, homelessness, alcoholism, the foster care system and many issues that face the world. It’s my hope that in producing these types of stories, that they can affect others.

I also teach for a school in California that sends curriculum to my students, I go over that with them and they come and work with my company. This is extremely enriching, as many of my students have and continue to work with me. In addition, I do a lot of outreach; I chaired the film and entertainment board for Miami Dade County for four years, I serve on many other boards, committees, mentor and community work, do speaking engagements and volunteer work, so that’s a more direct way I try to do my part. I’m a big believer in “each one, teach one.”

Name two iconic humans that have inspired you or currently inspire you. Why?

My grandfather — he obtained his Ph.D. in a time when it was challenging at best for a person of color to obtain that educational achievement, he was self-actualized having achieved his dream of becoming a bishop in Michigan over 77 churches and built a multimillion-dollar church that continues to serve the community over profit to this day, and most importantly he raised 10 children with a focus on family and love which has permeated itself as a central theme in the extended family of grandchildren, great grandchildren and great, great grandchildren.

Martin Luther King Jr. — his was a life of sacrifice, of love and determination against all odds. He was the head of a movement that involved thousands, but his voice connected and united the cause and helped to create a wave that resonates to this day.

I started my company in 2000 as a multimedia company that served three purposes — to create storytelling experiences for clients, and for the company with in-house projects across a spectrum of entertainment; film, television, animation, web and more. There was no mobile outreach then, but what I knew was that media would be consolidated and that there would be a device that would encapsulate that consolidation and that there would be a screen you could hang up on your wall to beam your media from that device (just ask the University of Miami Vice Dean of the School of Business at the time, I pitched it to one of his classes there while I was a student and it didn’t go so well with the students in the class back then). So really, I designed my company in a way that actually works best in today’s environment.

There are two sides of my company; branding and entertainment, with multi-media storytelling as a centerpiece. There was really no term “branding” back then, but that’s essentially what my company does. We do all of the regular branding things; figuring out a client’s representation in the marketplace, then logo, web, social, SEO, any video (branded film, documentary, commercial etc.), we put on and cover events, collateral material (posters, hats, flyers), industrial design, anything our clients need to tell their story really. We’ve had and have had clients across the strata, U.S. Air Force, Bacardi, clothing company’s, insurance, nonprofits, musicians, individuals and more.

How do you build your network for success?

Expose yourself to as much as you can, I’ve lived in many places, Detroit, Chicago, Miami, Kentucky, Atlanta, Italy, Africa, New York and have traveled a lot, California, Tennessee, Barbados, Nicaragua, more, and in my travels met a lot of people. I’ve always tried to get out as much as I can, which has not been the easiest thing for me, I’m naturally an introverted person. But in my experience, if you don’t get out, you can’t meet people that can help to take you where you want to go as you can help others, whether socially, technically, professionally or otherwise.

Talk about your problems, don’t keep it inside. Seek advice. If you don’t have someone you trust to talk to, reach out to someone that you think might listen that you feel is a good person, you might be surprised that there are many that want to help. There is no shame in asking for help.