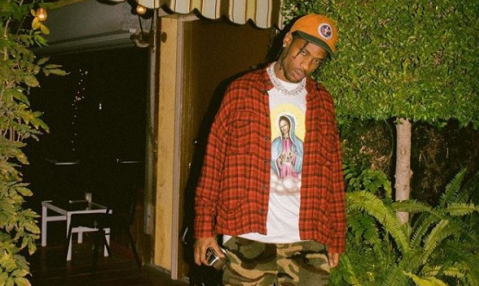 “Butterfly Effect” star Travis Scott took a moment at his latest concert to pay tribute to one of his old friends.

He remembered the late rapper Mac Miller, who passed away earlier this month from a suspected overdose, as a “superstar boy” as he performed in Vegas on Saturday night, Sept. 22.

Since his untimely passing at the age of 26, tributes have flooded in for the rapper, with his ex-girlfriend Ariana Grande admitting she “can’t believe” he is gone.

She shared: “I adored you from the day I met you when I was nineteen and I always will. I can’t believe you aren’t here anymore. I really can’t wrap my head around it. we talked about this. so many times. I’m so mad, I’m so sad I don’t know what to do. you were my dearest friend. for so long. above anything else. I’m so sorry I couldn’t fix or take your pain away. I really wanted to. the kindest, sweetest soul with demons he never deserved. I hope you’re okay now. rest. (sic)”

And Mac’s friend Shane Powers recently insisted Grande was “all about” helping Mac get sober after the singer came under fire from online trolls who blamed her for Mac’s death.

He said: “They were very much in love and I have to say, she was incredible when he was first sobering up. She was a f—ing  G to him. There could not have been anybody more supportive of him being sober than Ariana. I saw that I was around it, I took phone calls from her. ‘How do I help? What do I do?’ This little girl was unbelievably involved and helpful to him being healthy.

“Whether he’s an addict or not, the way that Mac partied was not healthy. And there was no one in his life more ready to go to the wall for him when it came to him being sober. She was an unbelievably stabilizing force in his life and she was deeply helpful and effective in keeping Mac sober and helping him get sober. She was all about him being healthy. Period.”