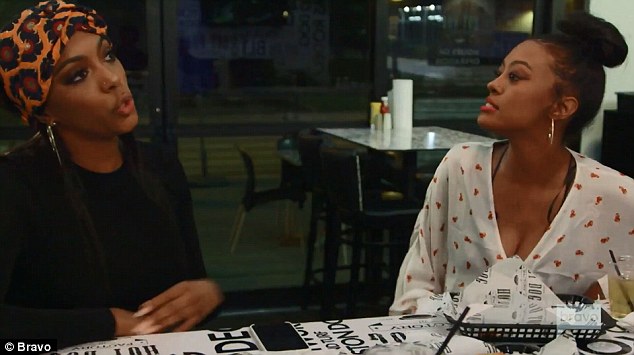 “Real Housewives of Atlanta’s” 11th season, premiering November 4, proves it will come with some fireworks right out the gate, according to the explosive new trailer that was just released to the media.

The snippet includes Porsha Williams riding a blissful wave with her engagement to her fiancé Dennis McKinley, 38, and the announcement of her first baby. But fellow cast mate Kandi Burruss and Williams’ sister are kicking up dust in Williams’ face by questioning McKinley’s past relationships.

The entertaining trailer is punctuated by an ebullient Williams proclaiming that she is now living her best life — a radical departure from a few seasons ago when she was embroiled in the seismic “sex dungeon” scandal involving Burruss and an ex-cast mate.

Burruss and Williams’ sister believe that McKinley has unfinished business with his ex-girlfriend, but Williams flings aside any concerns by saying “he got my name tattooed, so he ain’t goin’ nowhere.’

However, Lauren Williams, Porsha’s sister, says “he just cut his ex off a couple of weeks ago.”

Clearly irritating with the agitating noise coming from her own sister, Williams claps back at her sister, saying “you care so much about Dennis’ ex.”

Lauren Williams also shares her feelings about McKinley with Burruss and says that “they still communicate” as Burruss responds with her famously raised arched eyebrows.

During her confessional away from the action, Burruss says “he’s a dog, alright.”

All of this goes down as Williams makes her engagement official, according to TMZ and US Weekly, and also shows off her growing baby bump.

Check out the full trailer of “Real Housewives of Atlanta” season 11 below: