Hip-hop legend Ice Cube is a major influence across multiple industries. As a pioneer of the rap game, his brand is the precedent for career evolution. His Cube Vision television and film production company has produced a bevy of successful films, and his expansion is gaining momentum with the BIG3 basketball league. After more than 30 years of performing, he still packs major venues with raw lyrics over dope beats.

Rolling out caught up with the rap god backstage, right before his set during The Takeover tour in Detroit. With a demeanor as cool as his name, he spoke about his upcoming album, LeBron James as a Laker, hip-hop beefs and more.

You were “woke” even before it was trendy. You were putting people on, as far back as ’86. Tell us about your new album coming out this winter, Everythang’s Corrupt, interesting title.

It’s an Ice Cube album, that’s all I can say. [Back in ’86] it was a time where hip-hop was trying to show us the way to go and help us to figure out where we were. And then it went into this escapism phase of, let’s just get high and party, go to the club, have sex, get some rims and everythang should be all right. We realized that [doesn’t] work, so now people want more consciousness in their music and artists. So it’s kinda swung back around for artists like me to do I what I do best.

Talk about how you had to check the fan who said that Machine Gun Kelly’s “Rap Devil” is better than “No Vaseline.” Nothing is touching “No Vaseline” because you took on all of N.W.A.

Of course, [I’m biased] ’cause it’s my joint. I don’t think things can touch it ’cause of the magnitude of what went down. Fans can choose for themselves, but if they don’t pick “No Vaseline,” they don’t know what they’re talking about.

What do you think about some of the beefs going on now? Is anything off limits? Was that a no-no when Pusha T went in on Drake’s son?

Beefs are good for hip-hop. As long as it don’t get physical; as long as nobody gets hurt. I think there’s a subject matter that’s off limits; kids are off limits to me. I wouldn’t go that far, I wouldn’t diss anybody’s kids unless they diss me, personally. I think that was a lil over the line, but hey, everybody gotta choose, you gotta go for the jugular, you can’t be worried about nothin’ — gloves off.

What do you think about LeBron James coming to the Lakers?

I love it! It’s the best place for him in his career. He doesn’t have all that pressure on him, ’cause the Lakers are a great franchise that has their own stars. He ain’t the biggest star walking in that building. … He gotta get behind Magic, and Kareem, and Worthy, Kobe and Shaq. They brought multiple championships. Now look, he got the biggest room in the building, but he still gotta hang some curtains up, so to speak. I’m not putting any pressure on him this year, just play, have fun, figure out your new teammates, figure out LA, figure out how to deal with our media and stay healthy.

Talk about the new movie script you’re writing, Excessive Force. I’m not even going to ask about Friday. I’m going say a prayer and be patient for that.

Please be patient, it’s comin’, I promise. Excessive Force is a deep movie, the title speaks for itself. It’s about police going overboard and being excessive when they don’t have to. It’s a movie that’s really important to me and hopefully, we can start casting and shooting it soon. It’ll be out hopefully, next year. 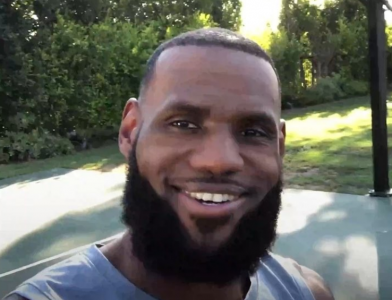 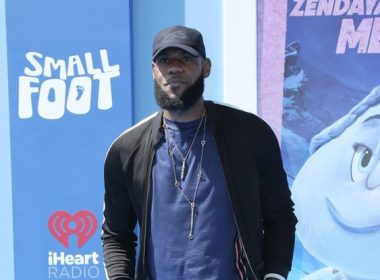