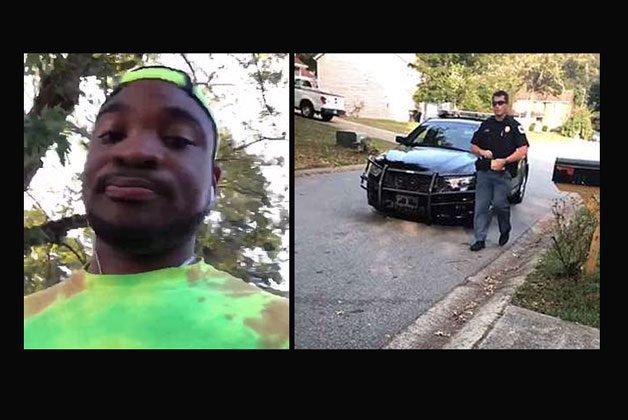 One of the simplest jobs a person can get is babysitting. That is unless you’re a Black man in Cobb County, Georgia, and White children are in your care. A simple trip to Walmart resulted in Corey Lewis, owner of Inspired By Lewis, a child mentoring business, resulted in an encounter with police.

It all occurred when an unidentified White woman approached Lewis and the kids he was watching to interrogate them. Not satisfied with Lewis’ or the children’s answers, she decided to follow them, all the way to his home. That’s when she called the Cobb County Police to ask for a welfare check on a group of people with whom she had no prior interaction.

An officer later confronted Lewis at his residence and began to interrogate him and made the children get out of the car and questioned them also. The outrageous video of the experience was filmed by Lewis and posted to Facebook. It can be seen by clicking here.