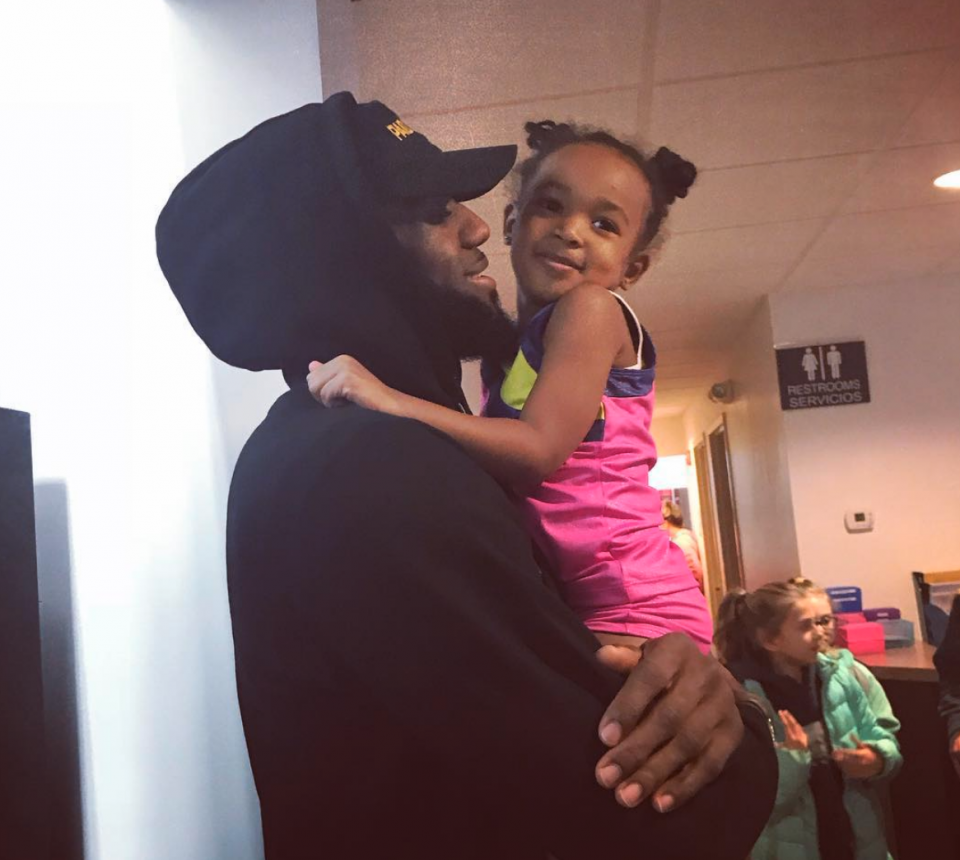 The NBA season is upon us, which means it’s time for new Lakers star LeBron James to roll up his sleeves and get to work. But before the 82-game grind could begin, there was a more pressing matter that required James’ attention.

That would be father-daughter time with his precocious 3-year-old Zhuri. On Monday, the 4-time MVP shared a video to his Instagram Story of him singing along to “Let It Go” from Disney’s Frozen soundtrack with Zhuri.

Take a look below.

And more from the Frozen soundtrack.

She controls the music when she rides with me. The Boss aka Baby Z! 🤷🏾‍♂️ “Love is an Open Door” from Frozen soundtrack 🎶 #MyPrincess👸🏽

This is a far cry from the last time we saw James’ karaoke skills on full display, when he was asked to join Drake and Travis Scott on stage to perform “Sickomode” at a recent LA concert.

While we appreciate the swagger James provided at the Staples Center, we’d much rather see him perform more songs with Zhuri.