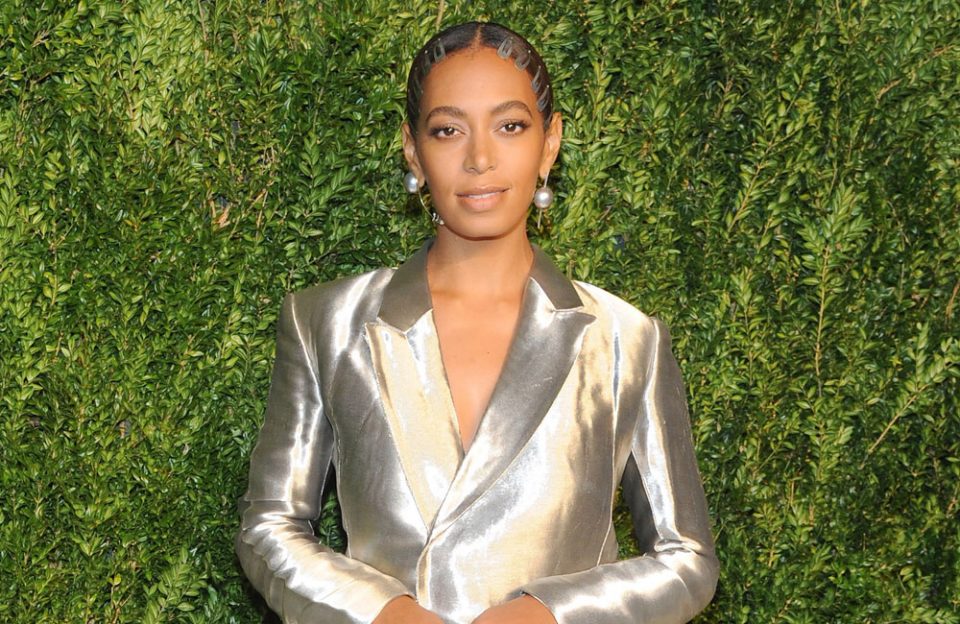 Solange shares feelings about her upcoming album.
The 32-year-old singer is planning to release her new record in the next few weeks, but Solange has admitted to being slightly anxious about having her latest work judged by the public.
She explained: “I have this fear living in my body about releasing work. I don’t know any artist that doesn’t feel that before they hit the send button.”
The younger sister of Beyonce also teased what fans can expect from the record.
She told the New York Times, “There is a lot of jazz at the core.
“But with electronic and hip-hop drum and bass because I want it to bang and make your trunk rattle.”
Solange’s last album, A Seat At The Table, was released in 2016 and the singer previously admitted that motherhood has become her first priority.
The musician, who has a 13-year-old son named Daniel with her ex-husband Daniel Smith, shared: “This cycle of you put out an album, now you go and perform it, and then you go back and you work on another one for however long, and then as soon as that’s done, you put one out again … it’s the cycle that the music industry has set in place for us.
“Artists are really whimsical. And I have a 13-year-old son now, so that is a compass of how I have to set up my life and set up my work. It matters to be present with him. I’m relieved when I hear other mothers say, ‘Yeah, we’re going through this, too.'”