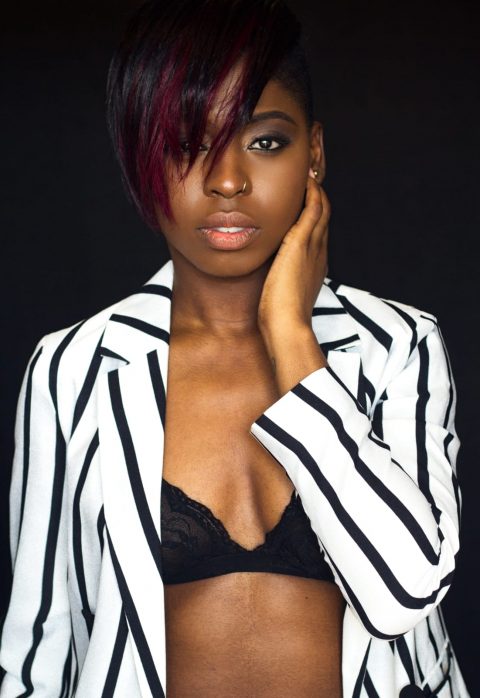 Ella René is a talented Brooklyn, New York-born, Haitian American, R&B, independent artist. She is the epitome of what the phrase “just do the work” means. Having a team that motivates her daily while she tours and performs just comes with the territory, but René, which is what Ella prefers to be called, is just living her best life, constantly praising her team for pushing her to the next level. Since performing on the main stage at the Essence 2018 festival, René has been fortunate enough to stay booked and busy following the release of her new song, “Dangerous.”

Rolling out got the chance to sit and chat with the beautiful Brooklyn songstress to learn more about her musical style and her thoughts on the music industry.

In a male-dominated industry, what tips would you give other new female artists to keep pushing through and not give up?

Hard work pays off at the end of the day, so to keep it plain and simple, be you, be original; it’s not a competition. Be about your business and be strong. As a female in this industry, it is imperative to be bold and to stand out. The moment I step on the stage, nothing holds me back.  That sense of confidence and persistence shows the determination to not give up.

How did you feel when you were chosen to perform on the main stage at Essence after getting picked from your video performance?

I was super excited. I finally felt like I was doing the right thing. No matter what, music is all I want to do. At times, until someone notices your skill or talent, you’re never really sure. Sometimes it’s that one push you need to make it happen. There’s always that small doubt, especially as an independent artist and for Essence to want to fly me out, I’d say that is a step in the right direction. Any doubt I had was immediately canceled.

Do you think social media is a gift or curse being an entertainer? Explain your answer.

I think it’s both a gift and a curse because, for one, social media allows you to showcase your talent to a variety of people for free. And in a way, it’s easy to brand yourself and find your audience. But with that being said in my opinion numbers are all that matters now to some people regardless of how talented you are. Using social media to your benefit and to shape your personal story and talent is what one has to master. I would say being on the Essence Festival Stage definitely played a role in my journey of the benefits of social media in one’s career.

BET really supports pushing artists through their platforms. How have you seen that support benefit you?

My video for the single “Dangerous” was chosen to be on BET JAMS. And ,of course, with the support of my followers on Instagram and fans, it was then put into full rotation on Mondays which was great. And I feel like that has allowed a group of people who may have not seen it or heard of me know who I am now!

What was the inspiration behind the song “Dangerous”? Does your original inspiration match the video that was recently released?

“Dangerous” was inspired by a close friend of mine going through it with her man. She told me everything she wished she could say to him but couldn’t and the next day the lyrics just came to me. The video definitely does not match the inspiration because she’s still with him; in the video, I actually leave the situation by burying my old self to become a better version of me. This also showed me as an artist, I am bold enough to say what many are afraid of saying. Through my music, I find the liberty to unapologetically let it ALL OUT!