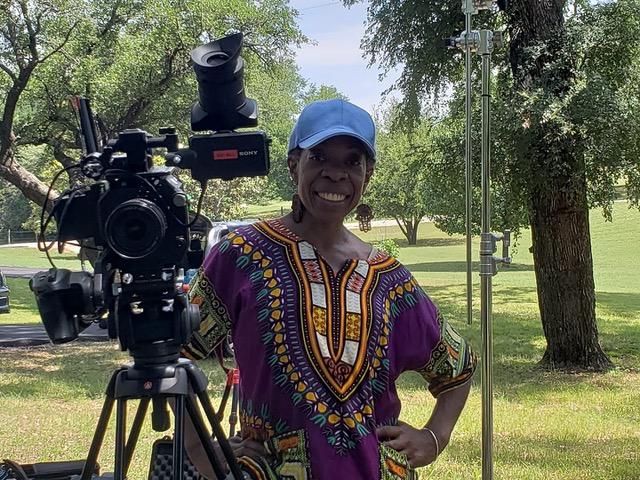 The very word conjures images of twisted Black faces, bulging eyes, and charred bodies. Since Reconstruction, Black men and women have been on the receiving end of this domestic terrorism.

Oftentimes, it appeared that the crowds of people who gathered to witness this spectacle were enjoying themselves. Postcards and pictures captured the helplessness of its victims. From the North to the South and  places in between, lynchings were all too familiar a punishment for the “accused.”

Independent filmmaker Rhonda Haynes is working on a documentary titled, Let the Eagle Scream! From Lynching Tree to the Iron Bars, which examines lynchings across the United States and its effects.

Tell us about your documentary.
Let the Eagle Scream! will be a feature-length documentary that will intertwine two narratives exploring the legacy of the lynching of African Americans. Its intent is to investigate and trace several lynchings, weaving in interviews with family members of each tragedy — both victim and perpetrator. The second narrative idea examines how traditional lynching has evolved into what I call “modern-day lynching” policies, such as the “stop and frisk” and “stand your ground” laws. This investigatory documentary probes these modern-day approaches while interspersing historical lynching footage to illustrate the parallels between the past and present lynching cultures.

Lynchings are a part of American history and a large part of African American history. Was there a particular set of circumstances on which you based your documentary?
Well, first I don’t like to separate the two. I like to say just American history-Black experience. Lynching is American history, and we all play a part in this history, whether you are the victim or the perpetrator. That is important for me to say, as a Black American citizen, born and raised here. And it’s unpleasant. There are great things about my homeland that I am grateful for, but I also experience blatant systemic racism consciously and subconsciously daily.

I am a product of the Civil Rights Movement that was supposed to implement change, and I think my generation — the last half of the baby boomers — dropped the ball. We were supposed to continue that fight for social justice and social equality so the next generation wouldn’t have to deal with this ongoing inequality that leaves American citizens divided. So here we are continuing to fight for survival in our own country. As a nation, we never started the healing process to right a wrong done to a race of people and to a nation of people. The division continues through White superiority and imperialist overtones that have disfranchised people of color.

The domestic terrorism today is violent. It takes its lessons directly from the history of terror created by the Klan, the White Father’s Associations and vigilantes — not just in the South, but in the Midwest, the West and the North. The same torches that were carried to light crosses, burn down Black homes and find the people they lynched were right in front of us in Charlottesville, [Virginia]. The wave of alt-right marchers carried tiki torches to the statue surrounded by a small group of college students and flipped the flaming heads off the torches and onto the students.

How did you get involved with making this project a reality, and what spurred your interest in the subject matter?
The reason I chose this subject is that my last film was about birth — African American midwives and the contribution they made to Western medicine — so, when I thought about what my next film would be, I had no idea that it would be about death and terrorism. I picked up Crusade for Justice: The Autobiography of Ida B. Wells and fell in love with this courageous being who stood strong through life’s challenges.

A further driving force to develop the film was to address the many lynchings over three decades and its continuation into the present and how it has evolved. I felt that if one did not take on the responsibility of lynching in the past as well as the present, then people are left with scars and to suffer behind its act of terror whether you are the victim or the perpetrator. So, I decided to bring the descendants of both sides together to address lynching in the way they chose and to address the present-day application of lynching to inspire today’s activists to find a real solution for social justice and change.

When and where will audiences be able to see the documentary?
I’m still applying for funding along with crowdfunding and by the grace of God, it will be finished by 2019 [or] 2020.