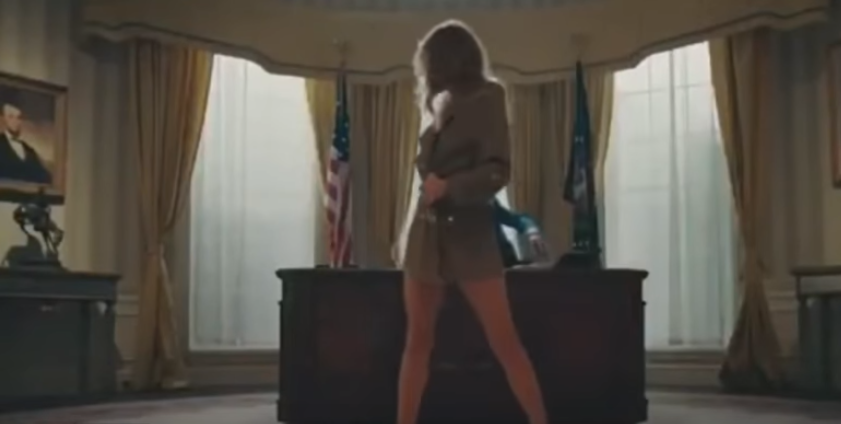 The famous Melania Trump doppelgänger who stripped naked in the inflammatory T.I. music video says she has been getting threats for her role in mocking Donald Trump. But instead of cowering to the cyberbullies who want her raped, hit by cars and murdered, model Melanie Marden is clapping back at her haters. Hard. 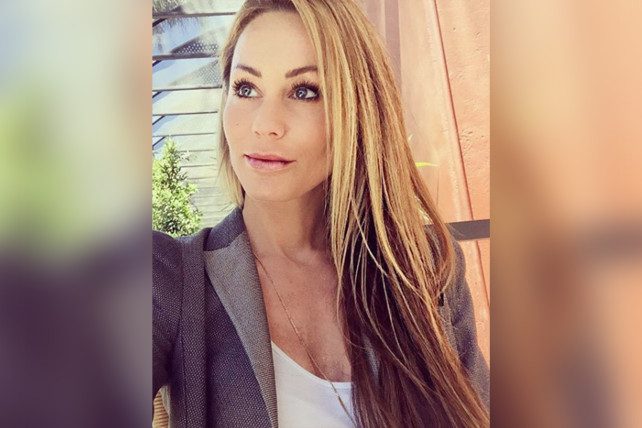 Marden hit back at her haters.

“I was hired (as an actress) not a stripper to portray Melania Trump,” Marden wrote. “It was a creative choice for me, and also an opportunity to empower women. I stand firmly in my decision to share all of myself in this role. I wanted to be brave, be fearless and for the first time in my life do a role that required nudity. The body is nothing to be ashamed of. In this time where women are finally speaking up about being victimized, I felt good about being a strong enough woman to portray a nude First Lady.”

Marden added on IG, “It was a hard decision for me but I’m proud of myself for being so brave. I send love to all the people who called me names and made accusations or delivered hurtful insults. These are clearly deep wounds inside of you. That have [sic] nothing to do with me. For that I am sad and wish you much healing.”

Marden said she did not anticipate the uproar that her performance would cause.

The actress and model said she did not take the role to achieve a political purpose.

“It was an opportunity for me to step right outside my comfort zone and play the first lady — yes, naked, which I’ve never done before,” she told “Inside Edition.”

Marden said on IG that her portrayal of Melania Trump was not that dissimilar to Alec Baldwin’s hilarious imitation of Trump on “Saturday Night Live.”

“To all the political people threatening me, I remind you this is a music video ~ Relax!” she said. “I am an actress who played the role of #nakedMelania just like when [Baldwin] Portrays Trump on @nbcsnl SNL. So now I start my week wishing you all the best and remember if you don’t have something nice to say, say nothing at all.”

Marden, on the other hand, had a lot to say, including the fact she thinks that Donald and Melania Trump are hypocritical to be crying about being bullied.

“The first lady’s husband does a lot of bullying himself,” Marden to “Inside Edition.” “So they’ve got some thick skin. If I was insulting her and degrading her, then it would be one thing, but I don’t think I was.”

SandraRose.com reports that some of VH1’s advertisers pulled their ad spots from T.I.’s new reality show. One advertiser cited the video mocking the Trumps as the reason for pulling their ad spots, the blog reports.