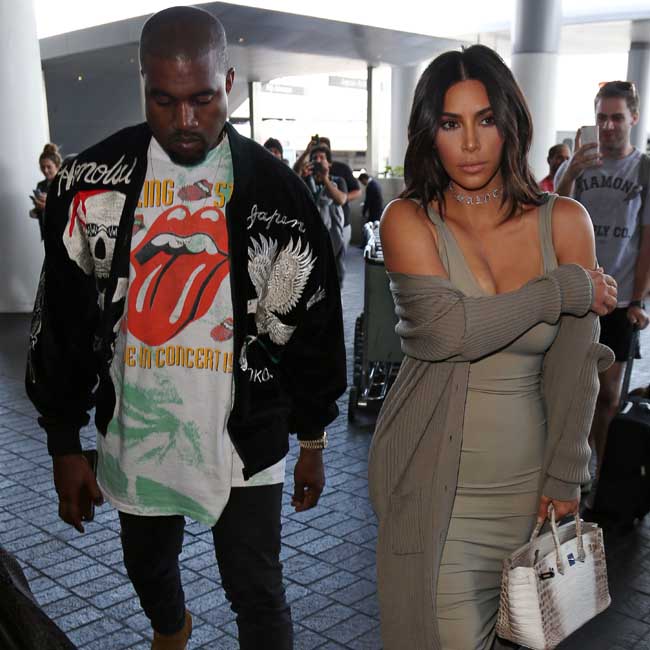 The 38-year-old reality star has opened up about how her life has changed since tying the knot with the 41-year-old controversial rapper (with whom she has North, 5, Saint, 2, and Chicago, 9-months) four years ago.
Appearing on “The Alec Baldwin Show,” she admitted, “I think being with a man like Kanye, you have to learn how to be a little bit not-so-independent.
“I’ve always been so independent and working, and [had a] schedule, and when you get married and have a husband that has their career and then have kids, your independence … you have to let it go.
“I had to learn that being with a man like Kanye.”
The “All Day” hitmaker has strong political views (evident in his lyrics) and is close friends with US President Donald Trump.
Kardashian says she lets her other half have the freedom to be himself and has an “open mind” when it comes to his views.
She said: “I let [Kanye] be who he wants to be. I let him have his own views and opinions, even if they’re different than mine.
“I think it’s just having an open mind. I love to let my husband be who he is.
“We definitely have conversations if I don’t understand something in private and talk about that.”
Kanye recently ranted about “mind control” on Twitter after reactivating his account.
The outspoken rap star ended his self-imposed exile from the micro-blogging website by posting a series of behind-the-scenes videos in Uganda, where he’s been recording his new album. He then launched into a rant about the influence of social media on the brain.
In one of the videos, West (who described himself as having a Mensa-level IQ) said, “You know, when people try to influence you through social media and try to tell you what to do or if you post something that’s positive on Instagram and it gets taken down if it’s not part of a bigger agenda, you know, that’s like mind control.
“That’s the echo chamber. That’s trying to control you based off of incentivising you and based off of you getting enough likes, and that’s the poison that’s happening with social media.”
The rant came shortly after he claimed that wearing a “Make America Great Again” cap made him feel like “Superman.”
He told Trump during their meeting: “I love Hillary, I love everyone, right, but the campaign ‘I’m With Her’ just didn’t make me feel, as a guy that didn’t get to see my dad all the time, like a guy that could play catch with his son.
“It was something about when I put this hat on, it made me feel like Superman. You made a Superman. That’s my favorite superhero. You made a Superman cape for me.”