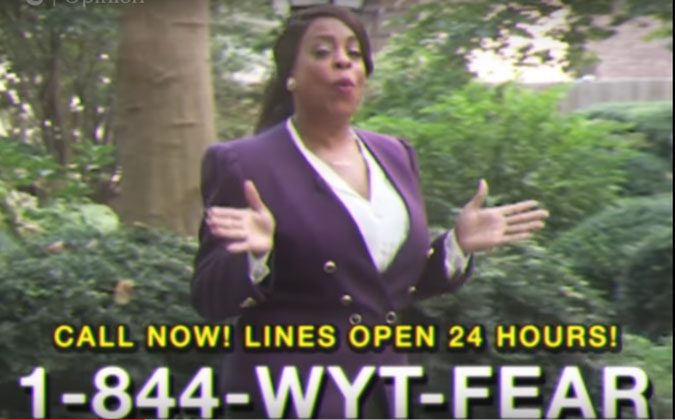 Instead of 911, Niecy Nash urges White people to call 1-844-WYT-FEAR hotline in this video.

The rash of unwarranted 911 calls by White people reporting on Black people just simply living their ordinary life has caused outrage in the Black community. Now, comedienne Niecy Nash has an answer: her new hotline 1-844-WYT-FEAR. In this hilarious infomercial, she explains how calling this number can end the confusion. The number is actually real and a recording states: “We are here to address your concern about a Black or Brown person living near you” and offers a selection of choices.

Click here to see the hilarious, yet poignant video.