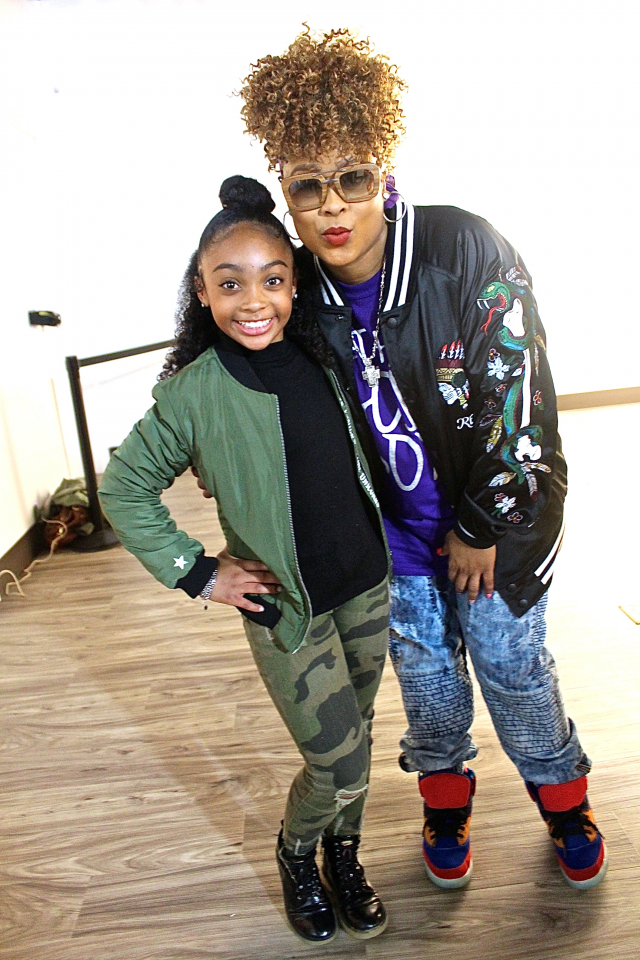 Rapid-rhyming rapper Da Brat is finding out that filing for Chapter 11 bankruptcy is just the beginning of her personal tumult.

After declaring that she was broke this past August, Da Brat — born in Chicago as Shante Harris — learned that the victim of her violence intends to collect on all of the $8 million that is owed to her.

Most famous for the monster hit songs “Funkified” and “Give it to You” in the 1990s as a member of So So Def, Da Brat, 44, lost her $6.4 million judgment against a former cheerleader. Da Brat was convicted of felonious violence against the woman, who was working as a waitress in an Atlanta club, and the subsequent conviction sent Da Brat to prison for nearly two years.

After Da Brat got out early on a work-release program in 2010, the cheerleader reportedly filed a lawsuit against the rapper for causing permanent damage when she broke a glass bottle on her face and won a judgement by the courts.

The winning judgment just got more complicated for Da Brat as her close friends Mariah Carey and Jermaine Dupri are now entangled in the ever-fluid case. One of the creditors wants to know if Carey ever financially supported the rapper-turned-radio personality.

As The Blast reports, Shayla Stevens, the ex-cheerleader had her attorneys demand that the rapper turn over certain financial records that they believe Da Brat is hiding from them.

In addition to whatever royalties she is still being paid for her record-breaking career that peaked in the ’90s, Stevens’ team wants to see the earnings from Da Brat’s involvement with reality television show “Growing Up Hip Hop in Atlanta” and co-hosting gigs with “The Rickey Smiley Morning Radio Show” and “Dish Nation.” They also want to see receipts from Sony Music and various other possible income streams that Da Brat has secured.

Moreover, Stevens legal team want to see any relevant communication between Da Brat, Mariah Carey and Jermaine Dupri to see if they ever provided any financial assistance.

The Blast reports that the Stevens camp wants to know if any communication exists that is related to “but not limited to her public statement that she has the ability to obtain funds to pay Plaintiff in this case from either Jermaine Dupri or Mariah Carey.”

Da Brat owes Stevens a whopping $8,155,731. That is the $6 million judgment with interest. Stevens’ legal team wants the courts to open up Da Brat’s financial books to determine where and how they can recoup that judgment from Da Brat.