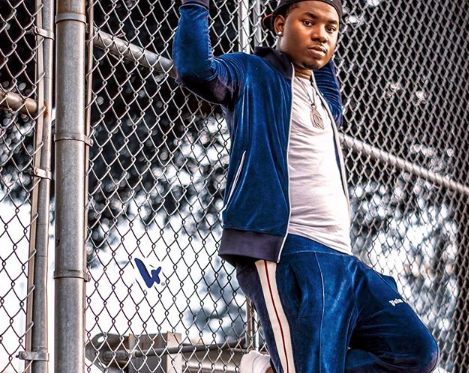 Born and raised in Bowen Home projects in the Westside area of Atlanta, rapper Lil Marlo is on his way to becoming the next hottest rapper from the city. Seeing CEO of Quality Control Pee as his “pops” and rappers Lil Baby and Gunna as his brothers, this artist is surrounded by all the right people to elevate his musical career. The rapper recently also received recognition from the music icon Diddy himself complimenting his music by saying, “Marlo hard.”

Coming straight from the streets, and now in the limelight, rolling out recently sat down with Lil Marlo who opened up about this transition, how he got his name, the creation of his album and his relationships with many individuals in the industry.

How did you get the name Lil Marlo?

My name comes from an older person where I’m from, and the streets just gave me his name. He passed and ever since he’s been gone, I had the name. It’s like he’s living through me type.

Did you know that you were going to be a rapper or was this just fate?

All this stuff just happened. I’m going with the flow though. I like this flow, but I didn’t know any of this was going to happen. Growing up, I was the quiet type, I don’t really speak a lot. People always told me you act like a rapper, and you move like a rapper, but I never took any of it seriously. After people kept telling me, “Bruh you need to just go ahead and rap,” I started rapping, and it’s just been on ever since.

You are always rocking your PGK chain everywhere you go. Explain what that means to you.

Describe your relationship with record label Quality Control. Are you signed?

They [are] family. We locked. Signed, not signed. Ain’t no separating. It’s all love over there.

Do you use the same business concepts that you learned in the streets when making decisions in the music business now?

Tell us more about your album, The Real1, and the ties that you have with the people on it.

I came up with the title because in the streets if anyone who knows me, they know I’m the real one. It’s pure authentic. As far as the record thing, I have ties to a lot of people on it. Migos, Baby, Gunna. … They respect me and where I come from; it’s nothing for me to call. We [are] family. Music changes some people, but not with them or me. Stay the same, and I’m going to stay the same with you.

You have a very strong relationship with CEO Quality Control Pee. What’s something you’ve learned from him?

You have to be strong, ambitious. Pee [is] different from anybody. He’s gonna drive you to death. Like you got to do it, it ain’t even “no, you can’t” in his vocabulary. With him, he looks at me like I’m him. Me and Baby call him “Pops.” He wants the best for you at the end of the day.