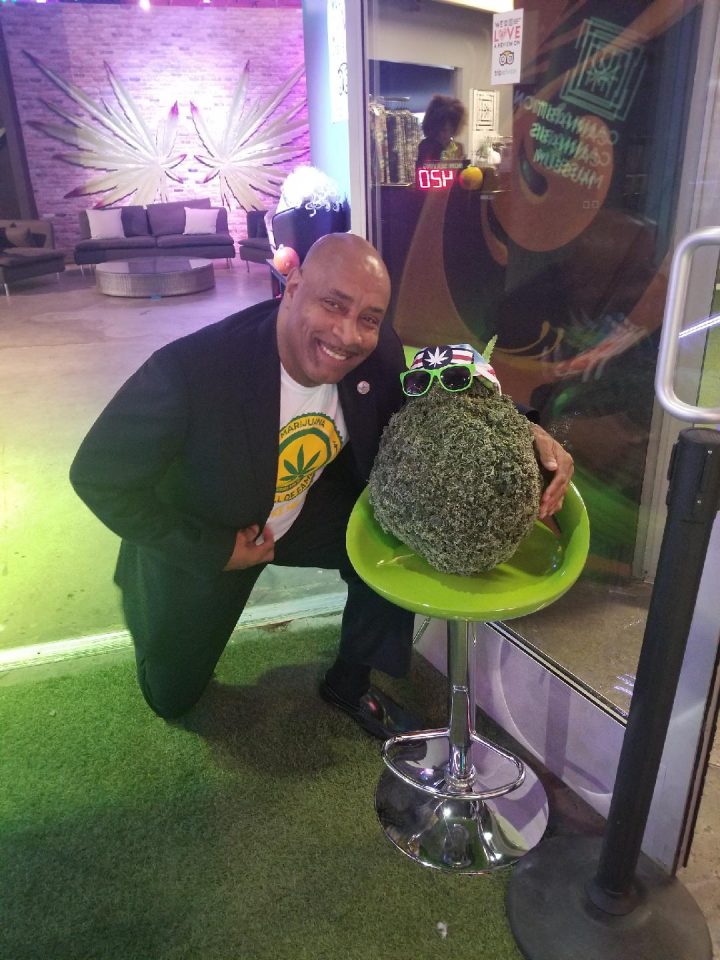 Recently, Canada legalized recreational marijuana. This opens up the door to an industry that has the potential of creating more jobs and revenue that can change the face of their economy. The United States has been moving a bit slower when it comes to legalization. There are certain states like Colorado and California where legal dispensaries exist and it has done wonders for its revenue. According to the Colorado department of revenue, marijuana sales grew from $683M to a $5B business between the years of 2014 and 2018. Illinois has recently made medical use of medical marijuana legal. Many businesses are benefiting from this, but as in most cases, the disparity with regards to race and wealth are at play.

We spoke with Vincent E. Norment, founder of the Marijuana Hall of Fame, and he shared his thoughts about his organization and how Black people can benefit in the early stages of this booming industry.

Talk to us about the Marijuana Hall Of Fame. What is it?

MHOF™ was created to provide recognition and incentives through awards and other forms of notoriety to demonstrate noted accomplishment for promoting the benefits for the use of certain substances in a variety of forms for a variety of purposes. It is open to legalization, decriminalization, medical, recreational, individuals, organizations or companies that have excelled or progressed the marijuana/cannabis industry in various fields. The Hall wants to establish a home base in Las Vegas, Neveda and eventually create a dynamic traveling museum and statues for all winners…

What made you want to get involved with this industry?

We have ignored the social and economic toll of our marijuana laws for too long. I echo others who believe that no person should be sentenced to a lifetime of hardship because of a marijuana arrest. It is unethically bad, economically nonsensical, and an unnecessary strain on our already strained police departments and law enforcement officials. Even more unjust is that the burden of these low-level drug charges falls on minority communities, hindering their God-given right to thrive and build a brighter future for themselves and their families. MHOF™ is proud to stand on the side of justice by cosponsoring legislation to begin righting the wrongs of decades of misinformed drug policy and make marijuana legal in all 50 states.

Why do you think Black people should take this industry seriously?

We got to start investing and pulling our financial resources together. Getting a license to sell cannabis requires a lot of experience applying for government licenses and dealing with government regulators. We have to remove ourselves from the negative legal gray area. Black and brown people have historically been more likely to be fined or arrested on drug charges, there may be a hesitation for Black entrepreneurs to try to enter the industry. I believe all African Americans should have a shot at the proposed $44B coming to the cannabis space by 2020 …

In what direction do you see the industry going?

It’s going in the direction of eventually being passed on a federal level across all 50 states. More states boldly ignore the federal government and push forward with legalization. For example, Massachusetts is the most recent state to begin establishing a legal market for adult use marijuana. Governor Charlie Baker, who was not on board with legalization, finally capitulated to the will of the voters and has agreed to sign on the new regulations.

What tips do you have for someone looking to get into the industry?

Do your research thoroughly. Study, learn and obtain as much knowledge about the cannabis/marijuana industry as possible. Learn about the different legislations, policies and laws from state to state. Education is the key of knowing who are the major players and thought leaders in this rapidly growing business.

What are your thoughts on Canada’s legalization?

Canada again has one upped the United States, first by offering free healthcare to all citizens. Canada’s decision to legalize marijuana will be the catalyst for change in the U.S. The law establishes a licensed, regulatory framework for the commercial production and retail distribution of marijuana to those ages 18 and older. The only thing is the U.S. might make the legal age limit 21 years of age instead of 18.

Where can people go to get more info.