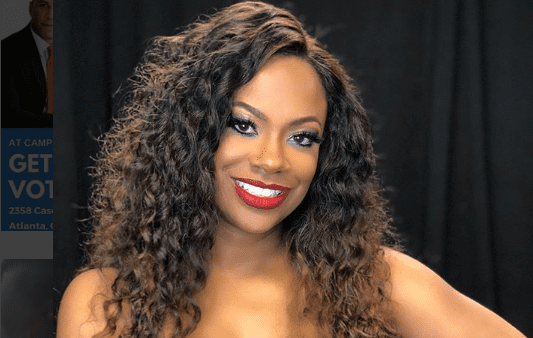 Serial entrepreneur Kandi Burruss seems to have everything a woman could want. The “Real Housewives of Atlanta” star owns several businesses, has a singing and songwriting career (at her leisure), is married to Todd Tucker, has two children and is rich and famous with a killer mansion.

Now Burruss wants another baby. But she won’t be the one carrying the baby this time. She found a surrogate to birth the child for her.

Motherhood is calling Burruss, 42, once again. She and Tucker, 45, are going to add to their tight knit brood by having another child via IVF.

Burruss shared her plans with Us Weekly.

“Yeah, yeah, we’re moving forward,” she said. “We’ve decided we wanted to get a surrogate.”

Burruss’ decision may have also come with observing the complications that can come from having a baby past the age of 40, as with Kenya Moore, 47, Burruss’ close friend and former cast mate on RHOA. Moore just delivered her child via c-section and has endured complications during and after the birth.

The Grammy-winning “No Scrubs” songwriter and Xscape singer tells Us Weekly she was “kind of scared to do it” and “nervous about it.”

Burruss is already a mother to 16-year-old daughter Riley Burruss, whose father is music industry insider Block Spencer, and 4-year-old son Ace Wells Tucker, whom she had with Tucker.