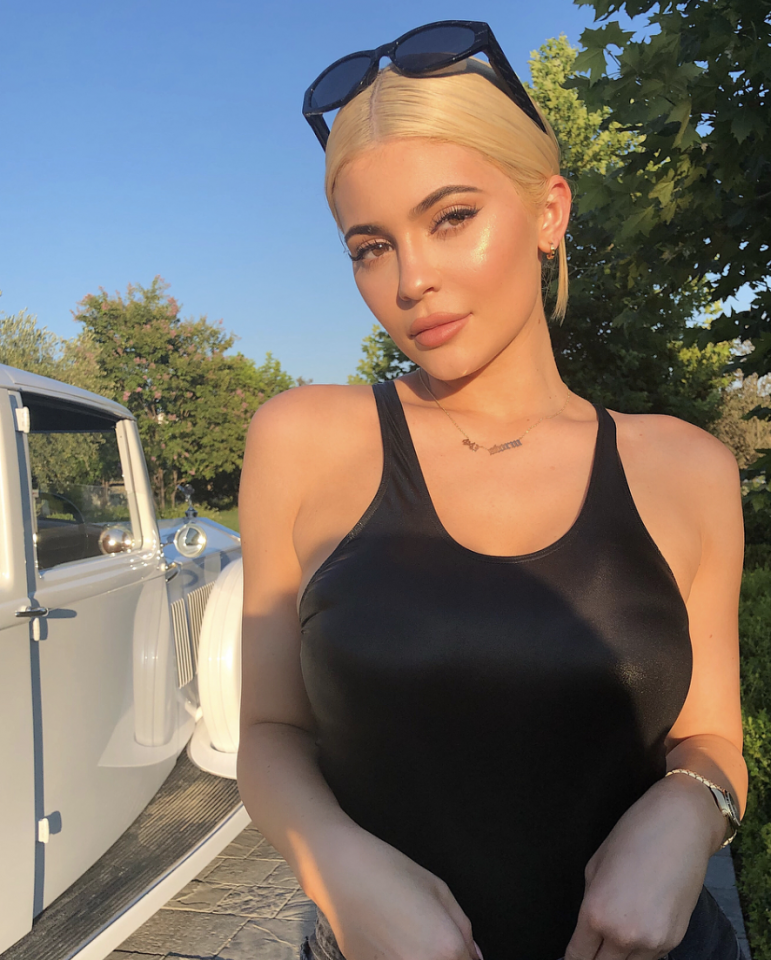 The 21-year-old beauty mogul — who has 9-month-old daughter Stormi
Webster with rapper boyfriend Scott — has announced that she will be
selling special limited-edition lip glosses as merchandise at her
partner’s latest tour.

The “Keeping Up With The Kardashians” star revealed the special packaging for the kits through a series of videos and pictures on her Instagram story, sharing a video of black boxes emblazoned with the words “I went to Astroworld and all I got was this f—-ing lip kit.”

The curvaceous beauty captioned one video: “We’ll be at the merch stand” (sic) and is heard saying in another: “Astroworld lip kits are
going to be on tour.”

Jenner also let fans know that the highly anticipated kit won’t be at the first show, but the reality star promised to keep her fans updated about the shows at which it will be available. Later on in the day, Kylie came home to find her entire apartment covered in red roses.

The TV personality shared a video of her walking up the staircase of her Hidden Hills home, while carrying Stormi, as her rapper beau’s song “Hell of a Night” played in the background. Revealing his sweet gesture, she captioned the Instagram story clip: “hell of a way to end the night (sic)”

The couple recently splashed out $13 million on a home in the Beverly Hills Post Office neighborhood of Los Angeles and are both listed as joint tenants. The master bedroom alone is 2,300 square feet as well as a swimming pool and stunning views over the surrounding landscape.

It was also previously reported that Jenner and Scott, 26, have reportedly been discussing marriage.