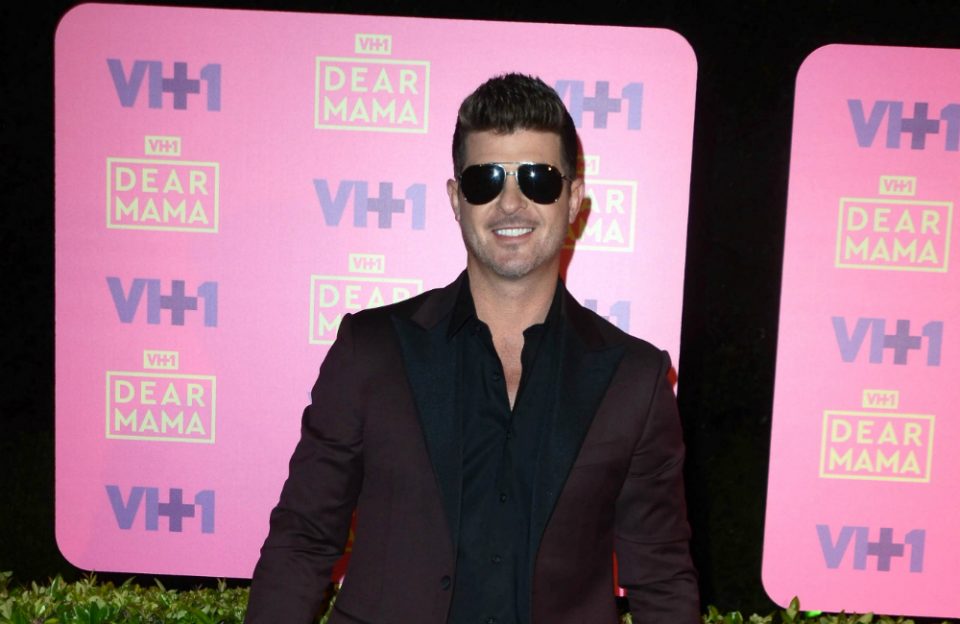 Robin Thicke’s house has burned down.

The “Blurred Lines” hitmaker and his pregnant girlfriend April Love Geary, who already have eight-month-old Mia together, were evacuated from their Malibu abode on Friday, Nov. 8, 2018, due to the raging wildfire spreading through California, and the 23-year-old model has now revealed they have sadly lost their home.

April took to her Instagram Story on Saturday, Nov. 8, 2018, to share a photo of the front gate of their destroyed house and, alongside a crying emoji, wrote: “Our house is gone.”

She had previously shared a picture of the thick smoke from the fire and wrote, “Our house is in there” and later confirmed their property was “up in flames.”

Meanwhile, 41-year-old Robin documented the family’s evacuation on his Instagram Story on Friday.

He explained, “This is us going North instead of South on the PCH to get away from the fire. We are in the middle of it (sic)”

He also shared a photo of the smoke cloud and admitted he was “praying” his house would be OK.

He wrote: “Our home is just to the left! Praying.”

Robin later shared a photo of his eight-year-old son Julia, who he has with ex-wife Paula Patton, sitting among the debris, which he captioned: “Contemplating next move.”

A number of stars have been forced to evacuated their homes since fire broke out on Thursday afternoon, including the Kardashian family, Lady Gaga, Alyssa Milano and Jessica Simpson, while the blaze has destroyed the famous “Bachelor” mansion and sets used in “Westworld.”

Both Iggy Azalea and Cher have also expressed their concern that their houses could fall victim to the fire.

Iggy tweeted: “Iam genuinely concerned about my home burning down it’s right on the canyon in calabasas and I can’t get home to any of my things right now (sic).”

And Cher wrote: “I’m worried about my house, but there is nothing I can do. Friends houses have burned.