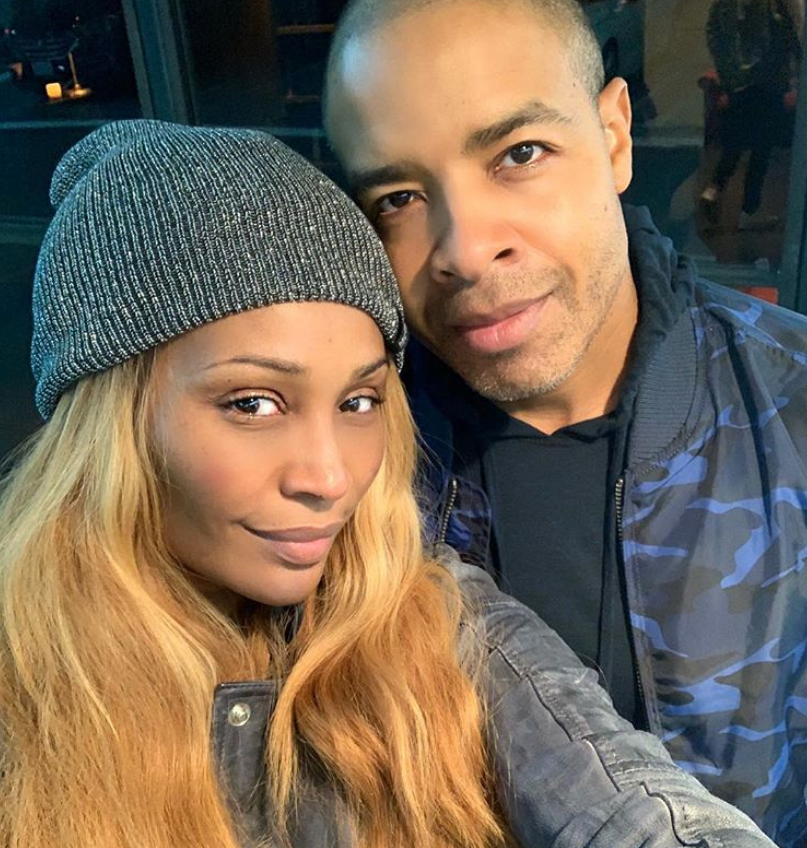 If the ink on Cynthia Bailey’s divorce from ex-husband Peter Thomas isn’t completely dry yet, it will have to be dry enough.

That’s because Bailey, the longtime “Real Housewives of Atlanta” star, declared without apology nor hesitation that she is completely in love with her sportscaster boyfriend Mike Hill — and so deeply that she’s open to marriage after just months of dating.

Rolling out has previously reported that Bailey, 51, has been dating Fox Sports anchor Hill exclusively for six months — and she has been slyly using the hashtag #CHILL, which means Cynthia Hill, on her photos.

The lovebirds even sat down with “Entertainment Tonight” and broke down how their whirlwind romance began on the “Steve Harvey” show earlier this year, sparking celestial magic.

Hill, a former television reporter for sports publishing behemoth ESPN, said a co-worker friend inquired if he wanted to be on a bachelor on a dating game episode. He admits his initial reaction was to fold his face up as if the question had a bad odor to it. But when the colleague added that Bailey would be a part of the show, he changed his mind in a matter of nanoseconds.

Hill could not fathom how someone as “fine” would be single and open to being set up on a date.

“I was doing a radio show at Fox, and my co-host knew one of the producers over there and asked me if I would go on and be one of the bachelors for a dating game, and I was like, ‘For who?’” Hill recalls. “And they said, ‘One of the Real Housewives.’ And I said, ‘Which one?’ And they said, Cynthia Bailey, and I said, ‘OK! Yeah, all right. I’ll do that.’

“I didn’t think Cynthia Bailey needed to go on a dating game to find love. She’s beautiful, she’s fine, kind, compassionate, all that stuff, and seems really genuine, but I went on there not knowing what to expect, and thank goodness it just worked out for us!”

In case you missed it, here is the episode on “Steve Harvey” where Bailey and Hill first met back in April.

Bailey told “Entertainment Tonight” she almost missed her once-in-a-lifetime blessing because she wanted to prove Steve Harvey wrong. Harvey had already told her that she’d be attracted to Hill, which made Bailey bristle.

“She was trying to avoid her blessings!” Hill jokes.

“I picked you because you were the one,” Bailey told Hill on ‘ET.’ “Mike Hill is the one, like, I cannot believe the words that come out of my mouth. He is the one. He is the one. I love this man.”

Bailey added that despite the fact that it’s only been six months, she is ready to walk down the isle again. She said her five decades on earth, wisdom and experience enable her to speed up the process.

“There’s no rules!” she exclaims. “I’m 51 years old. I don’t have rules. One thing people keep saying to me, well, one of the things people keep saying to us is, ‘This is great, but do you think you’re moving too fast? Do you think it’s going so fast?’ Hello, we’re grown! It’s not like we’re 20! I can’t go fast — can I go faster is the question. I really want to run toward my future with him. I love him, I’m at peace.”

Fans expressed excitement that Bailey is head-over-heels in love with Hill. And since both are divorcees, well established in their careers and financially stable, they should be better prepared and know what they want the second time around.