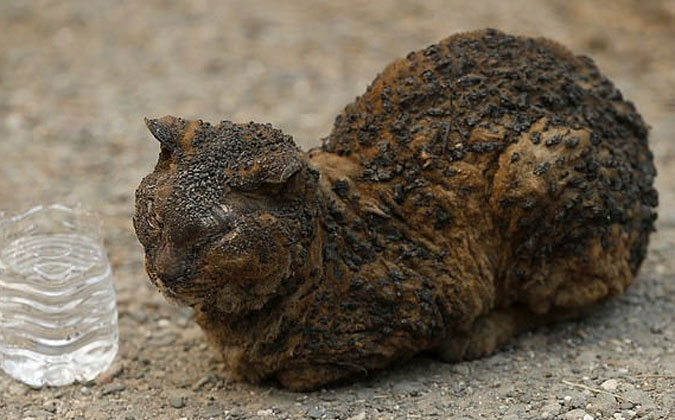 The California wildfires so far have killed an estimated 42 people and burned more than 91,000 acres destroying entire communities. National news coverage has shown the impact on human beings, but now images of animals they left behind are emerging.

As many evacuees had little time to flee the fires, some were unable to locate their pets or were unable to take the animals as they escaped. The result has left behind an untold number of injured and dead animals. As a result, vets and animal advocates across the country have volunteered to treat these injured animals. One such group is California Wildfire Pets, which has created a Facebook page to help reunite pets with their owners as well as care for these silent victims. 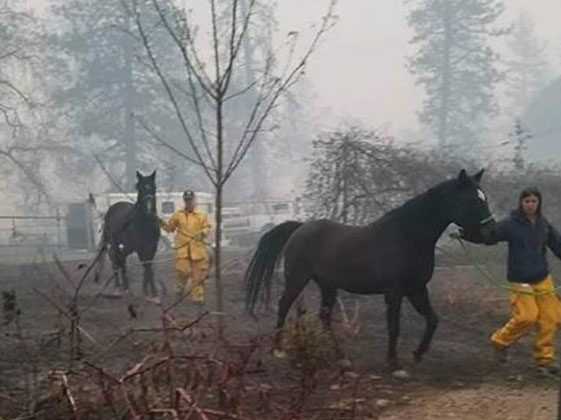 The group posted a picture of an injured cat that was nicknamed Billiegirl by rescuers, which shows the trauma that these animals have suffered. Sadly, Billiegirl died two days after being rescued because of smoke inhalation and burns.

According to the California Wildfire Pets Facebook page, some of these animals have been successfully reunited with their owners. Not only have household pets been left behind, but also horses and other livestock that could not be moved from the rapidly spreading fire. There is no exact count on how many animals have been killed in the fires, but animal advocates have indicated it will be in the thousands. 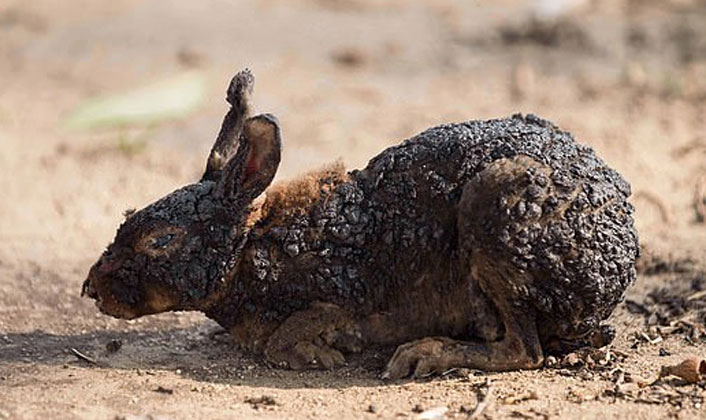 This week, actress Sandra Bullock donated $100,000 to The Humane Society of Ventura County for rescue and relief efforts to save animals in the path of the fire.

The organization stated on its Facebook page: “Our efforts for rescuing and caring for evacuated animals from the Hill and Woolsey fires had caught her [Ms. Bullock’s] attention and her team reached out to the shelter to show their support. Sandra Bullock and her family have reached out to other nonprofit organizations both during this incident and in the past. However, this time she wanted to contribute to those on the frontline rescuing animals in peril and hope others will choose to do the same. The HSVC pledges to care for these animals for as long as is needed or until their owners feel comfortable in safely reuniting their families.”