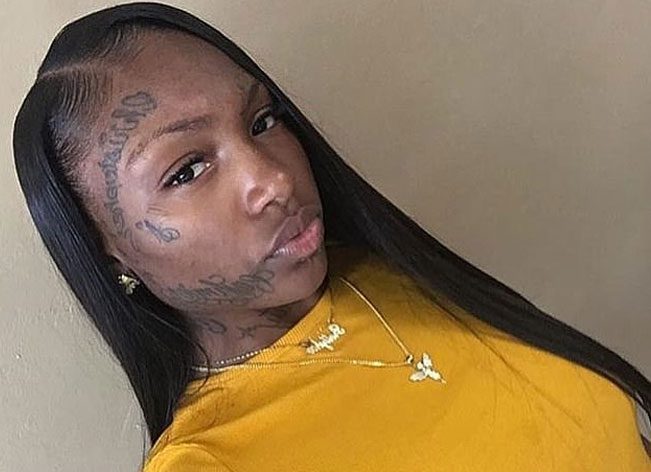 Williams was indicted earlier this year after her wanton and brutal actions put her on the radar of several law enforcement agencies. Those actions included sex trafficking an adult by force, fraud or coercion; two counts of sex trafficking of a minor; and two counts of enticement of a minor to engage in prostitution. Now facing possible life in prison, she has pleaded guilty in the hopes of getting reduced charges.

Williams, who uses the Instagram handle @Prettyhoeforever, would post pictures of herself and even the young girls she was prostituting. Federal prosecutors claim that Williams would beat the girls and even made one tattoo her name across her face in a series of incidents detailing her abuse and control over her young victims.

Even after her federal indictment, Williams had no shame in her actions or her prostitution of herself. Her Instagram page includes images of her in bed with an elderly White man and even simulating oral sex on a handgun. When other IG users posted comments about her going to jail, she often told them to “f— off” and bragged that she was still “paid.”

Soon it was apparent that Williams, who was out pending a court date, could spend the rest of her life in prison on child sex trafficking charges. The self-proclaimed “Most Hated Hoe in LA”  has taken a plea deal.

According to a press release posted Monday, Nov. 19, 2018, on the Department of Justice’s website, Williams pleaded guilty to federal sex trafficking offenses and admitted she used the internet to solicit minors to engage in commercial sex acts.

“According to her plea agreement, Williams abused a woman she had recruited through social media to work as a prostitute,” The DOJ release states. “In one incident detailed in court documents, Williams ordered the victim to strip off her clothes, then Williams threw bleach on her and beat her with her hands and a broomstick. Williams also forced the victim to get Williams’ name tattooed on her face, confiscated the victim’s belongings and identity documents, and continually threatened to kill the victim if she left Williams, according to an affidavit filed in this case.”

Williams is currently in custody and has a sentencing date of Jan. 28, 2019. Because of her plea agreement, she faces a mandatory minimum sentence of 15 years in federal prison and will be required to pay restitution to her victims.