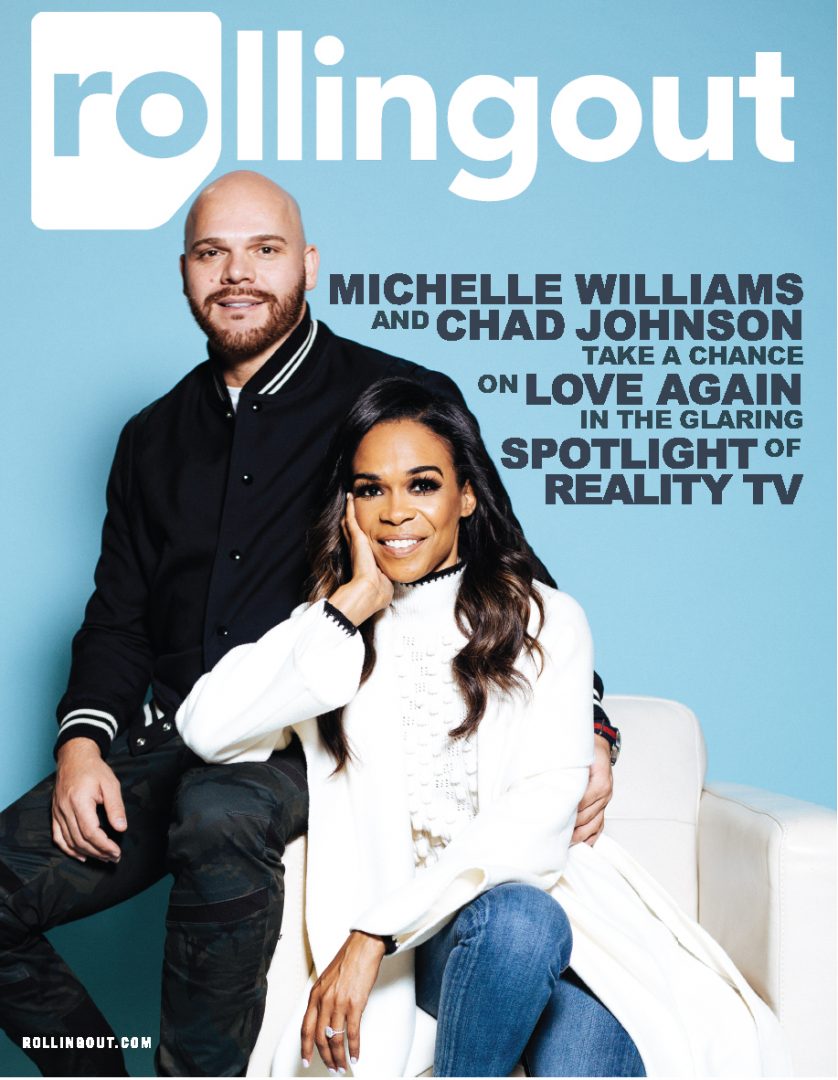 Pastor Chad Johnson met singer Michelle Williams at a spiritual retreat almost two years ago. The Destiny’s Child singer admits at the time she was on a break from dating after a series of bad relationships — and, surprisingly, so was Johnson.

Although neither was looking for a partner, both immediately found something special in the other. Johnson was drawn to Williams’ nurturing personality from their very first meeting, and Williams was impressed with the NFL chaplain’s heart as he counseled attendees at the retreat. He didn’t admit it then, but Johnson says he remembers being mesmerized while watching Williams during a Destiny’s Child performance of the group’s hit single “Cater 2 U.”

Williams says she was hesitant at first, not sure that she wanted to date a pastor, but after she got to know Johnson, her reservations subsided. However, what appeared at first glance to be a perfect love match started to fall apart early on due to Williams’ struggles with mental illness.

Their new OWN reality series, “Chad Loves Michelle: A Real Look at Relationships,” will document how the couple is dealing with Williams’ severe depression, abstaining from sex until marriage and public criticism about their interracial relationship.

Your new show starts by saying both of you had given up on love. Is that true, and if so, why?

Michelle Williams: Yes, that’s absolutely true. I had gone through several bad relationships or things that didn’t work [with] men that weren’t necessarily bad men, but they certainly weren’t the man for me. I wanted to be in a different place, and I was praying to God for guidance. God told me not to do anything for 90 days but seek him. I was skeptical at first, but I was obedient. On day 70, I met Chad.

Chad Johnson: For me, it was pretty much the same. You meet people, and it doesn’t work, and after a while, you get tired of going through that process. I’d decided to focus on my purpose and my career and let that be where my energy was put instead of constantly looking for something that may not work. You get tired of feeling that despair after the relationships don’t work.

Did you have an idea of who Michelle was from seeing her with Destiny’s Child?

CJ: I knew who she was, of course, but she was very humble when we met and dressed down. I did remember really liking that song; it was one of my favorite songs. I told her I loved the song when we first met, and she said I just wanted someone to cater to me. But she is a great person outside of all of that, and it was easy for me to fall in love with her.

What was it about Chad that made you fall in love so hard and fast?

MW: It was how he treated me. He knew what he wanted upfront, and he was honest.  For me, that was different. He prayed for me, and we prayed together, and the experience was just different from the beginning.

You decided to share your mental health struggle with the public a while ago. When did you talk to Chad about your history with severe depression?

MW: I didn’t tell him until I was on the way to the hospital. I wasn’t planning on telling the public, but the story got leaked, and so I knew I needed to tell my own story. I didn’t want the press to narrate it for me.

How did you feel when Michelle told you?

CJ: Honestly, it was a relief because it explained a lot of the issues we were having. It really explained most of them. I didn’t understand why she was pulling away and where some of our communication problems were coming from. When she told me it was something she’d been dealing with since seventh grade, it helped me understand her better. She called and told me and tried to break things off and gave me permission to leave. I told her that I wasn’t going anywhere because that’s not what a real relationship is about. We stay and we work through things together. Leaving was never an option for me.

MW: In past relationships, I’ve always run or backed out when things became overwhelming. This was the first time I had someone that wouldn’t let me run. He’s taught me how to stand in the relationship and allow my partner in so that we work through it together.

The blogs have given you a hard time about some of the racial comments on the show. Did you discuss the fact that people may have an issue because you are in an interracial relationship?

MW: We talked about it early on. I knew people would have something to say, but I didn’t expect this. I’d dated White guys before, but some of them didn’t want to be in public and didn’t want to deal with the backlash, so it never got this far. With Chad, he didn’t want it to be private. He wanted everything out in the open, no secrets, s,o that’s why it was different this time.

You’ve been open about being celibate until you’re married. Whose idea was that, and has it been difficult?

MW: We are practicing celibacy right now! And it’s hard. Chad told me when we first started dating that he wanted to do things that way to practice what he preached. It was different, but when I thought about it, it was a relief. I know that our relationship is based on our connection, and I don’t have to use sex to keep this guy.

What does your relationship mean to you?

MW: Chad has taught me the meaning of unconditional love and how to be loved in a different way. I look forward to loving him and growing together.

CJ: Finding Michelle means I don’t have to be alone anymore.