Future is currently living his best life in Dubai, and he is steadily repopulating the Earth while he’s at it.

While vacationing in that desert paradise in the Middle East, Future also let popular culture know that he has had enough of Wendy Williams being all in his business. As previously reported, Future is having another baby mama to add to his growing list.

Future, 35, is reportedly having this sixth child with this sixth baby mama, Eliza Reign, a model and Instagram star whom the rapper dated for two years before they broke things off.

Future greatly resents Wendy Williams, who has often been outspoken about Future’s relationship issues (particularly the one he had with singer Ciara which resulted in a son) during her “Hot Topics” segment recently.

In the video below, Williams, 54, breaks down Future’s baby mamas with a detailed chart:

#Future is having baby number 6! We predicted this awhile ago and got all of the tea on the latest alleged baby mama as well. All the juicy #HotTopics now on WendyShow.com

After Future got wind of Wendy’s words, he unloaded on the longtime daytime talk show host with this zinger on Instagram: 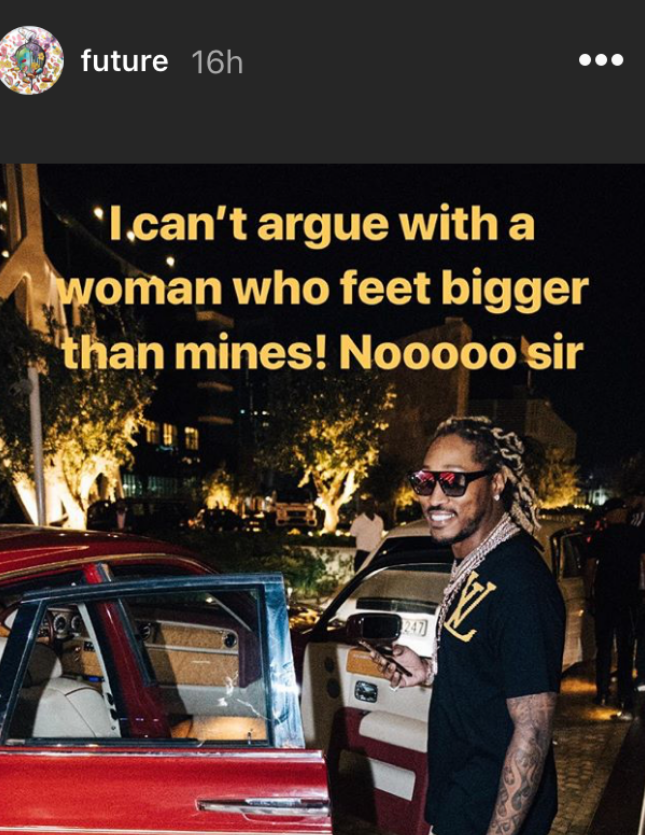 Williams stays on Future’s case, as we can see in this YouTube video. Here she is blasting Future about his fifth baby mama earlier this year:

Meanwhile, the sixth baby mama, Eliza Reign, recently came out with a shocking claim about Future. She claimed in a lengthy Instagram post that the “Mask Off” and “Tap Out” rapper allegedly put a price on her head after she refused to terminate the pregnancy.

Reign says Future, born Nayvadius DeMun Wilburn, and his team then began threatening her and scared her so bad that she allegedly bounced from hotel to hotel out of fear of returning to her home.

“I got [a] call from someone telling me to ‘be careful I heard Future want yo head,’” she wrote on IG, saying she quit her job. The post has since been removed by Instagram, but was screen-captured by Baller Alert.

“It’s sad to think a person I laid up with for years would put a price tag/value on my death and THE DEATH OF THEIR UNBORN CHILD.”

Future suing the alleged mother of his child