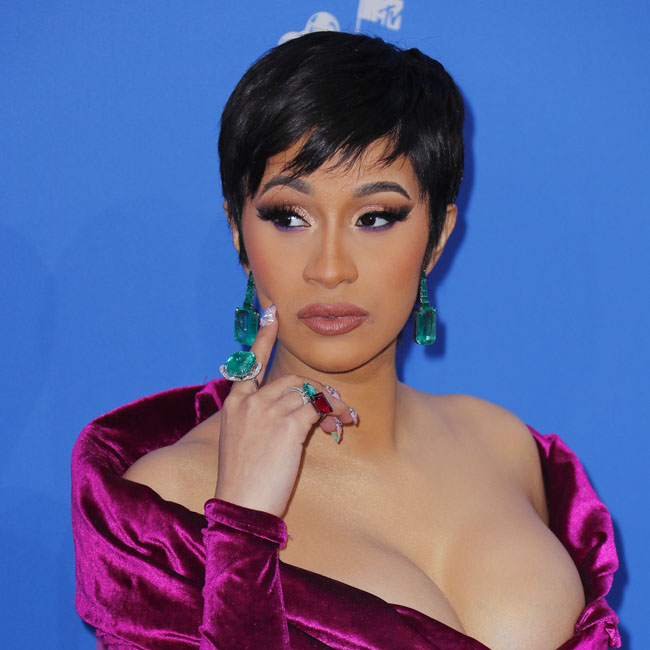 Adam Levine “begged” Cardi B to be a featured artist on “Girls Like You.”

The Maroon 5 frontman claimed he was desperate for the 25-year-old rapper to take part in the band’s 2017 hit single and says he didn’t give her much guidance on what to put in her featured verse because he “knew she was going to murder” it without his input.

When asked what advice he gave Cardi, the 39-year-old singer told Variety: “I told Cardi, ‘I want you to put something down that shows your fierceness as a woman and say it however you want.’ I knew she was going to murder this verse and bring the song to a whole new place. She was vital. I begged her to do it.”

The music video for the track features a star-studded cast of strong female figures — including Ellen Degeneres, Jennifer Lopez and Sarah Silverman — and Adam says it was important for him to make sure the video showed the band’s “support” toward women.

He said: “The iconography of the video is really important – for all of us to remember as men to support these women. Let’s be pillars of strength and support and not approach it from a defensive standpoint, or one that would suggest I know anything about how a woman would feel. Remain reverent to what is happening and not claim to know. Just be a set of ears.”

And Levine admits he feels so strongly about the “plight of women” because of his two daughters — Dusty Rose, 2, and Geo Grace, 9 months — whom he has with wife Behati Prinsloo.

When asked by Variety magazine what connected him to the plight of women, he said: “Having little girls. But being a male who is a prominent public figure is a very tricky place to be. There are dangerous waters to navigate. You always want to be on the right side of something you feel passionately about. I have two young daughters, and to think about them being mistreated at all — ever — made my blood boil. So we went for it because I felt that as long as I stayed close to my heart with this concept, I could never go wrong. In the video, I was doing it for my kids and my wife. If anyone doesn’t understand the intentions, f— ’em.”