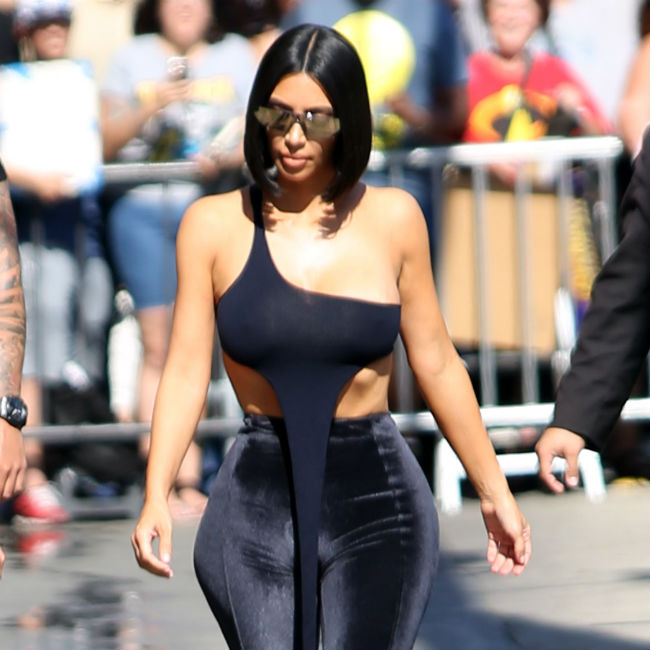 Kim Kardashian West would “feel safe and comfortable” having a longer stay in Paris.

The reality TV star returned to the French capital earlier this year to support her husband Kanye West at the Louis Vuitton spring/summer 2019 menswear fashion show, and it helped her overcome her fears, as it was the first time she’d been back since her hotel robbery at gunpoint in 2016.
Speaking on “Keeping Up With The Kardashians,” she reflected, “I don’t think I’ll ever really forget my experiences in Paris — the good or the bad — and I think that’s okay.
“It all has made me who I am. Thinking about it, I think I could  go back and spend more time and feel safe and comfortable.”
Kim, 37, decided to make the difficult return after her horrific ordeal two years ago following a conversation with her husband.
The 41-year-old rapper was flying to the City of Love in June to support his longtime friend Virgil Abloh, who is Louis Vuitton’s Men’s artistic director.
He said, “I don’t want to put any pressure on you to go to Paris. I know that was really hard the last time you were in Paris.
“So I think just for the culture, for Kim K. to show up to the first black designer at [a] Louis Vuitton show who was the best man at my wedding, just the world would just love to see you there.”
While Kardashian admitted on Sunday’s, Dec. 2, 2018, episode that being in Paris brought back memories of the robbery, she was “so glad” to have done it.
She added: “It was so good. Like, honestly, I’m so glad we went. Like [Kanye] had to be there…
“For a second, I was like, I was so stressed out over my security, just the movement of everyone. But other than that, it was fine. I didn’t really have a lot of anxiety.”