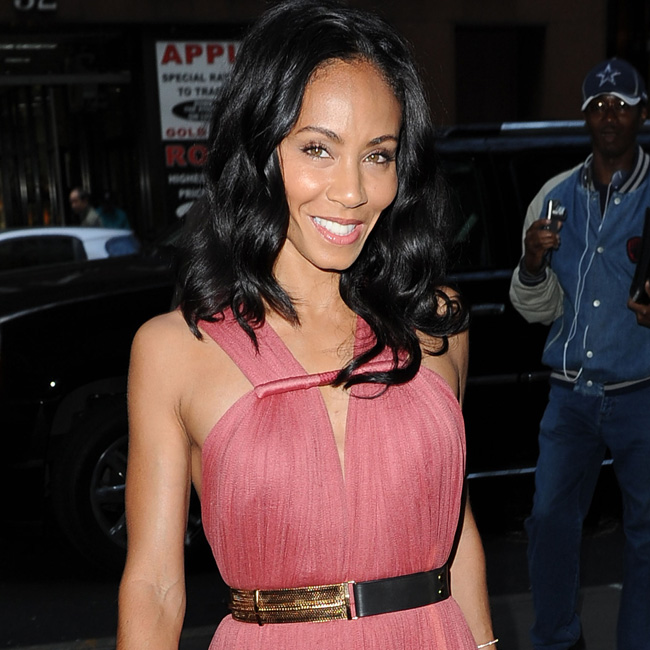 Jada Pinkett Smith‘s dad told her he couldn’t be a father to her when she was just seven years old.

The Girls Trip actress‘ father, Robsol Pinkett Jr., battled with drug addiction for decades before he died in 2010 and she admitted she always held a lot of “resentment” towards him when she was growing up.

Speaking with her half-brother, Caleeb Pinkett, and her regular “Red Table Talk” co-stars, her daughter Willow and mother Adrienne Banfield-Jones, she said: “We had a lot of resentment.

The 47-year-old actress only learned over the phone from her brother that Rob had died from an overdose shortly after she’d had a “horrendous” argument with him.

She said, “The most difficult part of him dying like that is because he and I had had a horrendous fight when I found out that he relapsed.

And it took Pinkett Smith until after her dad’s passing to be able to find sympathy for him and his struggles but her revelations helped her to find “utter forgiveness.”

She said. “I had the most startling realization that his life wasn’t about him being my father.

“Rob’s life was about Rob being on his journey, and it just so happened along the way that he gave me life. … And in that moment I realized he was not born to be my dad. That wasn’t the only thing he was here to do. He’s a person first, with his own journey

“That was my ‘aha’ moment of, like, utter forgiveness, to be able to see him as human being. That’s when I started, even in my own life, tearing down all these titles and labels. … For the last seven years I’ve been in search of emotional independence, where you don’t need people to be something for you. That has been the greatest gift in my journey.”