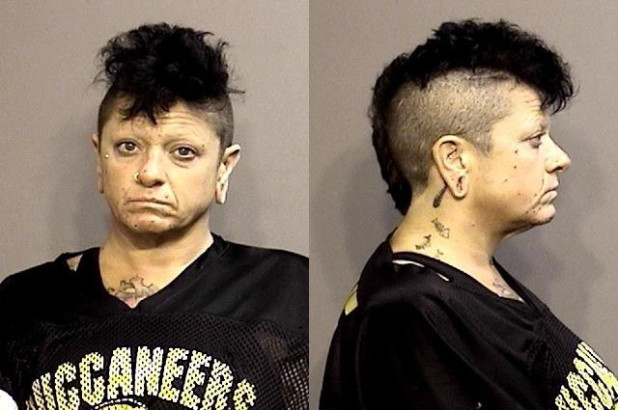 A woman faces jail time after allegedly abusing her husband who desired to have sexual relations.

Amy Nicole Parrino decided to attack her husband on the night of Dec. 2, 2018, at their home in Boone County, Missouri, according to Colombia Daily Tribune.

While nude, Parrino, 43, approached her husband and attempted to force him to perform oral sex. Parrino’s husband was not in the mood for sex so she punched him more than 25 times. She then grabbed a belt and whipped her husband.

He ran and pleaded with her to leave him alone, but she caught him and pushed him to ground. Parrino then got on top of her husband and sat on his face while screaming, “‘eat my p—-.”

The male victim told authorities that he could not breathe for a few seconds and feared that he would die while she sat on top of him. Following the incident, he was treated for cuts on both of his arms, a cut on the bridge of his nose and marks on his chest caused by him being hit by a belt.

Domestic abuse against men is often overlooked by society. According to The National Intimate Partner and Sexual Violence Survey conducted by the Centers for Disease Control and Prevention in Atlanta, 1 in 9 men has experienced severe intimate partner physical violence and intimate partner sexual violence. Also, 1 in 25 men has been injured by an intimate partner. Men are also less likely to report abuse when it comes at the hands of their female partners.

Parrino was arrested and charged with first-degree sexual abuse and third-degree domestic assault. She was also ordered by a judge to have no contact with the victim, and she has been barred from her husband’s residence.