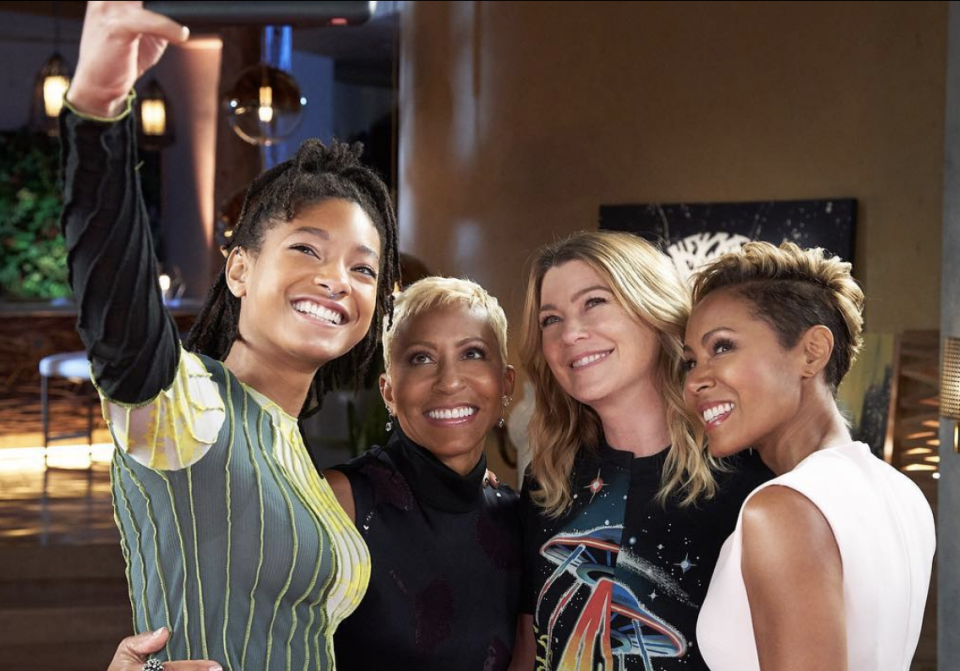 The 47-year-old actress — who has children Jaden, 20, and Willow, 18, with husband Will Smith — has dated Caucasian men in the past, but the romances never lasted because they had “no idea” about oppression, and she always had different views on the subject than her partners.

Speaking on her “Red Table Talk” online show, she said: “I have dated some really wonderful White men, but it was interesting in that you’re dating someone who has no idea what oppression is.

“He’s at the top of the food chain, he doesn’t understand. It’s a very hard thing for him to be able to relate to. It was always the factor in the relationship that made it break.”

And the Girls Trip actress admitted to changing herself around White women because she feels judged by them.

Ellen Pompeo was the guest on the Monday, Dec. 10, 2018, show, where she opened up about raising her mixed-race children with husband Chris Ivery, who is Black. The actress and music producer have three children — daughters Stella, 9, and Sienna, 4, as well as son Eli, who turns 2 this month.

Pompeo admitted to being left heartbroken when her eldest daughter’s friends were surprised to discover she was her mother.

She says her children’s friends don’t think she’s their mother because of the color of their skin.

“A couple of weeks ago I had some friends over [to] the house, little girls of color, and the little girl came in and I introduced myself. I said, ‘I’m Stella’s mom.’ … She went right to Stella and said, ‘That’s your mom?’ She points to the nanny who’s a Black girl [and says,] ‘I thought that was your mom.’ The little baby looked like she was scared of me. That just breaks my heart. Maybe scared is a strong word … but, again, non-trusting possibly.

“That experience of being in my house and meeting me was good for her to see that all White people aren’t what you think. As moms and dads, we have the responsibility to expose our children to all different types of people. To show them the differences in the world.”

The “Grey’s Anatomy” star says she knows her daughters will be treated differently because of the color of their skin, but says her son — who, along with second daughter Sienna, was born via surrogacy — “looks completely White.”