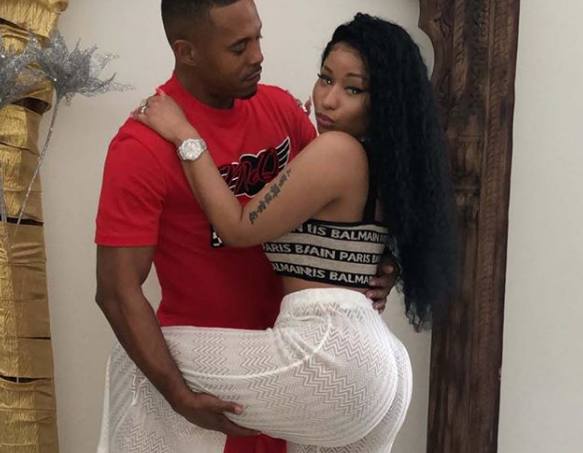 Nicki Minaj continues to face backlash since revealing the identity of her new boyfriend, Kenneth Petty.

Within hours of going public about their new romance, Nicki was criticized about Petty’s past. According to police reports obtained by TMZ, Petty was convicted of first-degree attempted rape in April 1995. Nicki claimed that he and his victim were both 16, and the girl’s mother called police because she did not like Petty.

Three years after Petty’s conviction, Nicki and Petty dated while they were teenagers. However, Petty’s past continues to haunt the couple who decided to rekindle their old flame.

Jesse Palmer of Daily Mail TV reported on the relationship and stated that Nicki was defending another sex offender. “Her fans are also worried because this isn’t the first time Nicki Minaj has defended a sex offender,” Palmer said on Daily Mail TV, referring to Nicki’s brother, who was convicted of raping his stepdaughter in 2017.

Nicki blasted Palmer and threatened to sue him and Daily Mail TV. On Dec. 11, 2018, Nicki posted on Instagram, “You better have a good lawyer. You just lied on me on national TV and now you’re being sued. You better be able to back up what you just said about me with FACTS. (sic)”

If Nicki decides to sue Palmer, it still will not stop the backlash that she will receive for dating Petty. It’s an example of how relationships can be tested when most of the world becomes attached to a celebrity and what occurs in their bedroom.