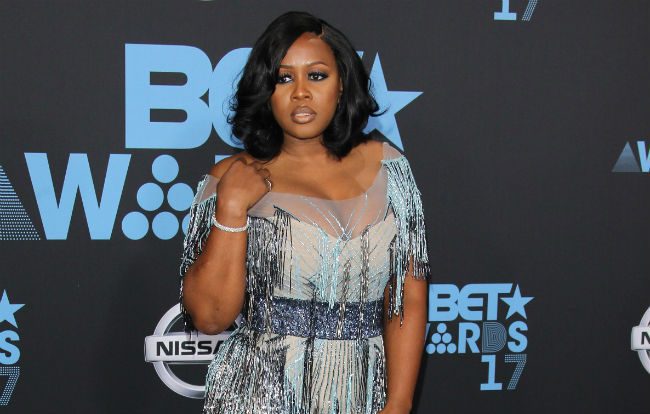 Remy Ma has given birth to her first child with husband Papoose.

The 38-year-old rapper revealed on Friday, Dec. 14, 2018, that she and her spouse have welcomed a daughter into the world and she couldn’t be happier.

She wrote on Instagram alongside a photo of a pink background emblazoned with the words ‘It’s a girl!’: “The Golden Child is here!!! Thank you @papoose for making me the happiest wife in the planet #BlackLove #RemAndPap  #BabyMackie #ShesMADDDDcute (sic)”

Her husband, who has three children from a previous relationship, shared the same image on his account as he thanked his wife for their daughter and vowed to try to be a “great” father.

He wrote: “I found a new love!!! Yeahhhhhhhhh!!!!!!!!! Thank you Queen @remyma She is beautiful!! Wowwwwwww THE GOLDEN Child IS HERE!!! #thegoldenchild Gonna continue, working on me. So I can be a great father. Happy (sic)”

Papoose, whose real name is Shamele Mackie, had previously taken to his own Instagram account to ask for prayers during his wife’s “tough labor.”

He wrote: “Tough labor… but my wife is still fighting through it. She’s a warrior! Keep us in your prayers! The #GoldenChild is on its way! (sic)”

The couple announced their happy news in July after renewing their vows to mark 10 years of marriage.

In a video shared on Instagram, Remy — who has an 18-year-old son, Jayson, from a previous relationship — said: “Although we told you guys that we were renewing our vows, which we are, we also wanted y’all out here when we told you guys…”

Papoose continued: “We having a baby” while rubbing Remy’s stomach.

Remy, wearing a stunning pink and white lace embellished gown, wrote alongside the post: “Oh yea…& then this happened” with a winky face emoji.

The “Wake Me Up” singer, whose real name is Reminisce Mackie, tied the knot with Papoose over the phone back in 2008 while she was incarcerated in New York state prison and held a proper ceremony when she was released in 2016.