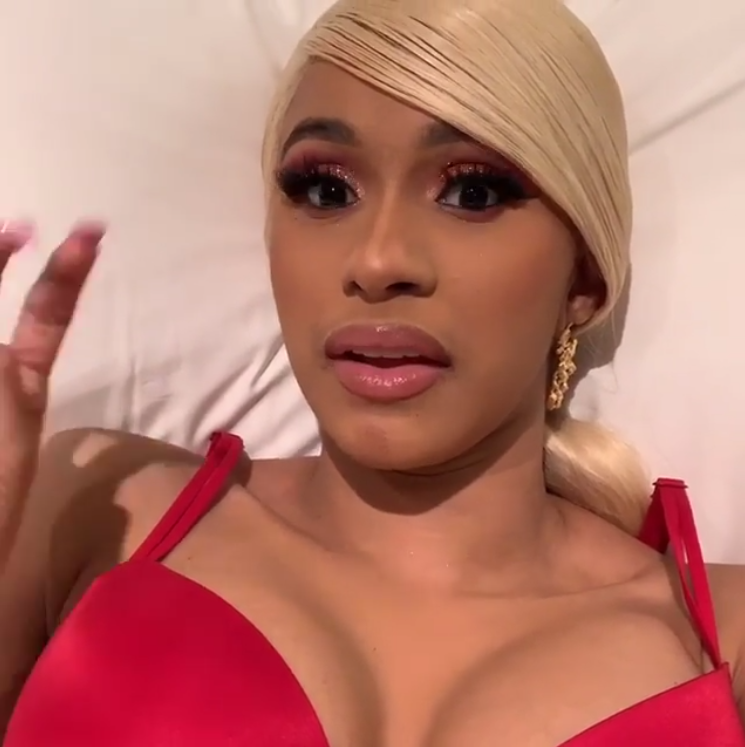 Rapper Offset continues the public spectacle of trying to win his wife Cardi B back after she abruptly separated from him when she found out he was continuously cheating on her with other women. This time, Offset took his apology to the next level.

Offset crashed the stage at the Rolling Loud Festival in Los Angeles on Saturday night while Cardi B was performing inside the Banc of California Stadium. The Migos rapper bum-rushed her with an arrangement of flowers, a cake and a display reading the plea “Take Me Back Cardi.”

The shocking moment was captured by Power 106 radio station and placed on YouTube:

"I just wanted to tell you I'm sorry, bruh" Offset crashes Cardi B set to ask her for forgiveness at #RollingLoudLA pic.twitter.com/aPlLTv3VUG

According to Variety magazine, the two can be seen exchanging words, after which Offset exits the stage and Cardi orders the props to be removed immediately. This was obviously the most memorable moment during the two-day festival that included Post Malone, Lil Wayne, Lil Uzi Vert and 21 Savage.

Cardi B, born Belcalis Almanzar in the Bronx, New York, 26 years ago, shocked the world when she declared via social media on December 2 that she was leaving Offset, 27, whose real name is Kiari Kendrell Cephus. They share an infant daughter, Kulture.

The day before Offset crashed the stage, he was already in the City of Angels for the Variety Hitmakers brunch where Migos was honored as the Group of the Year. Offset thanked Cardi during his congratulatory speech, saying: “She always supported me from day one and kept me going when I was thinking things were slowing down,” Variety reports. The couple has been married for just over a year.

Cardi B responded several times to Offset’s public display of contrition by profanely defending “the father of my child” against the legion of haters pummeling Offset on a daily basis for his transgressions.

I appreciate all the love! But what I need most right now from my fans is support and respect.