Skip to content
News2 » ‘The Real’ co-hosts feuding over salaries 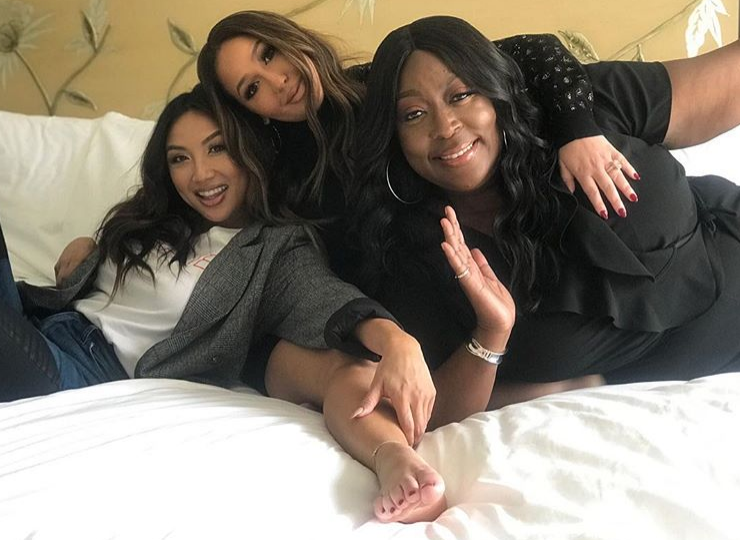 The camaraderie you see on the popular daytime talk show “The Real”  apparently is all a facade. The four co-hosts reportedly are clashing behind the scenes over radical pay discrepancies.

According to the Daily Mail, co-hosts Adrienne Bailon and Jeannie Mai are unhappy with Tamera Mowry-Housley after learning she has the highest-paid salary on the show, with Loni Love coming in second on the compensation list. More specifically, Bailon and Mai are only being paid a third of the other women’s salaries, the media outlet reports.

The publication did not list actual salaries for the four women.

Exacerbating the relationship is the fact that Mowry-Housley and Love refuse to go to bat for Bailon and Mai in their efforts to negotiate a pay raise, the Daily Mail said. And once the show became critically acclaimed as well as an award winner, Bailon and Mai felt they had the leverage to speak up without their co-stars.

“Once they won the Emmy [in April], Jeannie and Adrienne started complaining about how they knew they weren’t being compensated the same as their fellow co-hosts Loni and Tamera. They were even talking about staging a walkout,” the source told Daily Mail.

“Initially, they wanted both Tamera and Loni to support them in their quest to get better deals on the show, but when both ladies declined, that definitely meant that lines were drawn,” the source added.

According to the snitch, Mai and Bailon want to “address the pay discrepancy between them,” with Mai and Bailon even started mocking their co-hosts as ‘The Have and The Have Nots,” a reference to the Tyler Perry show on OWN.

Complicating matters further is the fact that the show improved by 13 percent when Mowry-Housley took a couple of weeks off in November, its highest growth mark in more than a year. Mowry-Housley took the time away to grieve when her 18-year-old niece was tragically gunned down by a mass shooter at the Borderline Bar and Grill in Thousand Oaks, California.

“Of the four hosts, Tamera has the highest salary. And while she was gone from the show, the ratings jumped,” the source said. “Both girls kept saying, ‘How’s she making the most money and the show is doing better without her being here?’ That gave them the leverage they needed to justify their ask for more money.”

“The Real” has been renewed through the 2020 season.