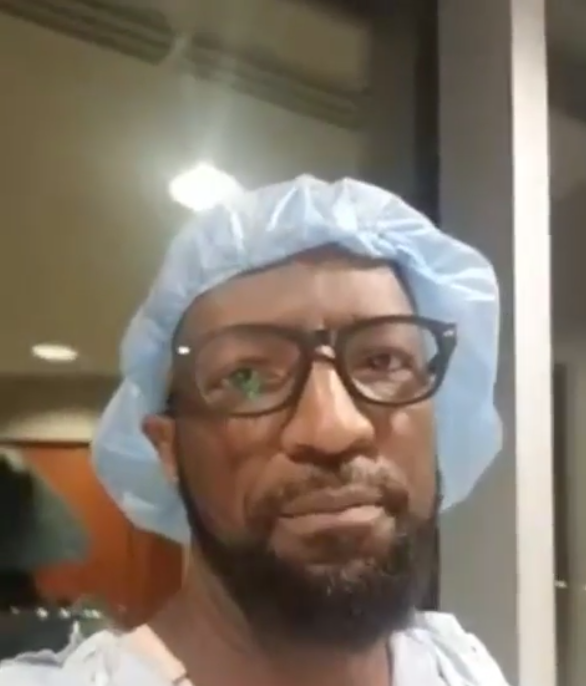 The host of his eponymous morning radio show that’s based in Atlanta took to Instagram and Facebook to share the news with his fans while resting and recovering in a hospital bed.

Smiley, 50, who also starred in the movies Friday After Next and Baggage Claim, said he was admitted to the hospital on Monday. Smiley did not disclose the nature or severity of his condition, which is not surprising as he is famously protective of his privacy. But his current predicament is such that he felt compelled to share it with his fans across his various media platforms.

Nevertheless, he revealed his current location and thanked his fans for the well-wishes they’ve sent him so far. He reiterated that December has been a “rough month” for him and admonished patients and others to “listen to your doctors.”

Smiley alternated between talking and using an apparatus that appeared to assist with his breathing.

“I’ve been in the hospital since Monday, and December has been a rough, rough, rough month,” he captioned the video. “Thank you for your well wishes. #JesusIsMyDoctor. (sic)”

Take a look at the clip below:

I’ve been in the hospital since Monday, and December has been a rough, rough, rough month. Thank you for your well wishes. #JesusIsMyDoctor