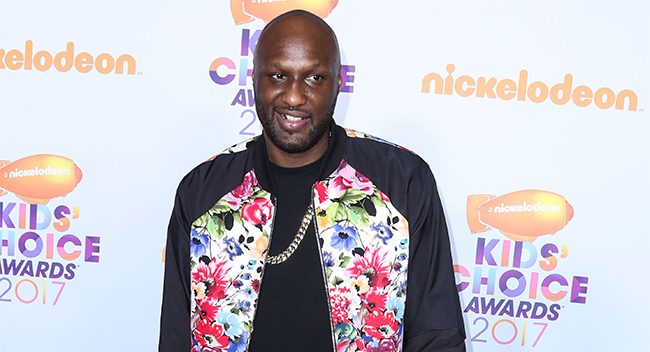 Lamar Odom is an NBA player who previously played for the Los Angeles Lakers and Los Angeles Clippers. Odom has been in the limelight over the past several years due to his career, his marriage Khloé Kardashian and his overdose.

The 39-year-old star nearly died after a serious overdose in 2015. He suffered 12 strokes and six heart attacks while in a coma.

With speculation swirling, the big question now is about whether he will return to basketball?

The answer is yes. He is headed to Mighty Sports, a Philippines team. He will play in The Dubai International Basketball Championship on Feb. 1, 2019.

He wrote on Instagram: “I’d like to announce that I will be playing in The Dubai International Basketball Championship this Feb. 1, 2019!!!!!!! I will be representing team @mightysports_ph from the Philippines with my 4ever #7 ! To me this is a great warming up for the @thebig3 !!”

He added: “It’s been a minute since I’ve professionally competed and I hope to be as explosive as I used to be! I was hoping to be ready for the Chinese CBA earlier this year but I didn’t feel that I was physically were I wanted to be. ( yet) I needed more time to recover from my multiple strokes and hearts attacks. Im not giving up and going in full force !! Patience and moving FORWARD is KEY! Special thanks to @femaleagentsr @charlestiu for making me part of this amazing tournament in Dubai! #teamreyes ! This wouldn’t be possible without the support of my kids, @destiny_odom @lamar.morales.odom, MY FANS, my team @jared_dyem @bryantaustin23 @xpesports @billythakid23 @m2exec @showtimepersonaldevelopment @willvlo @personaltrainingclub.eu @alicia.sofia_ @rickmari @therealyasin @ninetyplusofficial @mr2rchiang @chaselucid @saamzangenehlaw @hemplucid ! Thanks @iamzoul for building the road to my comeback life chapter ! LETSGOO.”