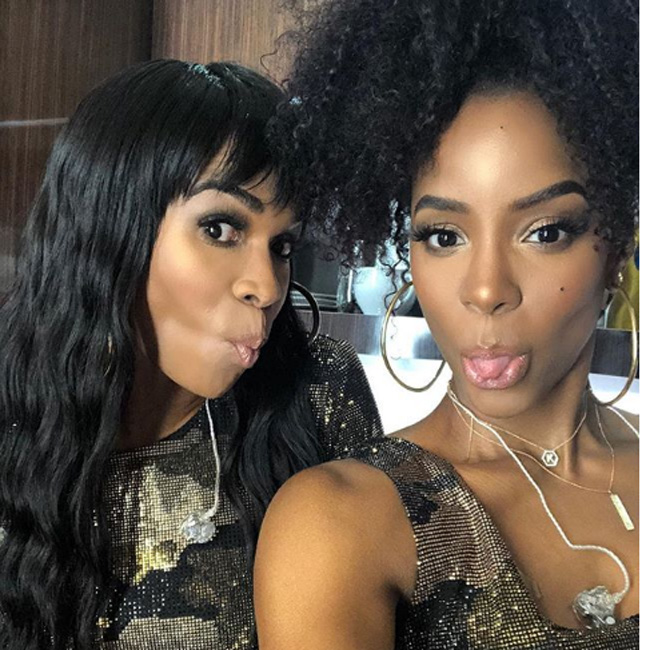 Michelle Williams and Kelly Rowland will star as Diana Ross and Gladys Knight in a new biopic.

BET’s upcoming music show “American Soul,” the series based on the life and career of Soul Train creator Don Cornelius, will feature a mini Destiny’s Child reunion when the singers take on the roles of music legends Ross and Knight. Bobby Brown (Rufus Thomas), Gabrielle Dennis (Tina Turner), McKinley Freeman (Ike Turner) and K. Michelle (Martha Reeves) have also been cast in the series, which is being produced by Jesse Collins Entertainment.

Meanwhile, the new TV project comes less than a month after Williams, 38, revealed she had split from her pastor fiance Chad Johnson for the second time.

She announced the split on the same day she released her latest single “Fearless,” writing on Instagram: “I still remain fearless. I guess I still remain single! Things didn’t work out. The healing that needs to take place is a must! I don’t wanna destroy another relationship. Blessings to him, his family and ministry. #FEARLESS (sic)”

Williams previously revealed she ended her engagement when she battled with depression and felt it was the right thing to do because he “didn’t pray for a depressed wife.”

She said: “I’d been there before in that darkness. I was like, ‘No, you better go [to the hospital].’ By the time I got there, I was stable. However, I would’ve understood if he left. He’s been praying for a wife. He didn’t pray for a depressed wife.”

However, Johnson stayed, and the couple was better than ever.

She added: “It’s not just about marrying Chad. I finally found someone to do life

Back in July, Williams revealed she was “proudly” seeking help for her depression and had recently “sought help from a great team of healthcare professionals.”

In a statement posted to Instagram, she shared: “For years I have dedicated myself to increasing awareness of mental health and empowering people to see when it’s time to seek help, support and guidance from those that love and care for your well-being.

“I recently listened to the same advice I have given to thousands around the world and sought help from a great team of healthcare professionals. Today I proudly, happily and healthily stand here as someone who will continue to always lead by example as I tirelessly advocate for betterment of those in need.”