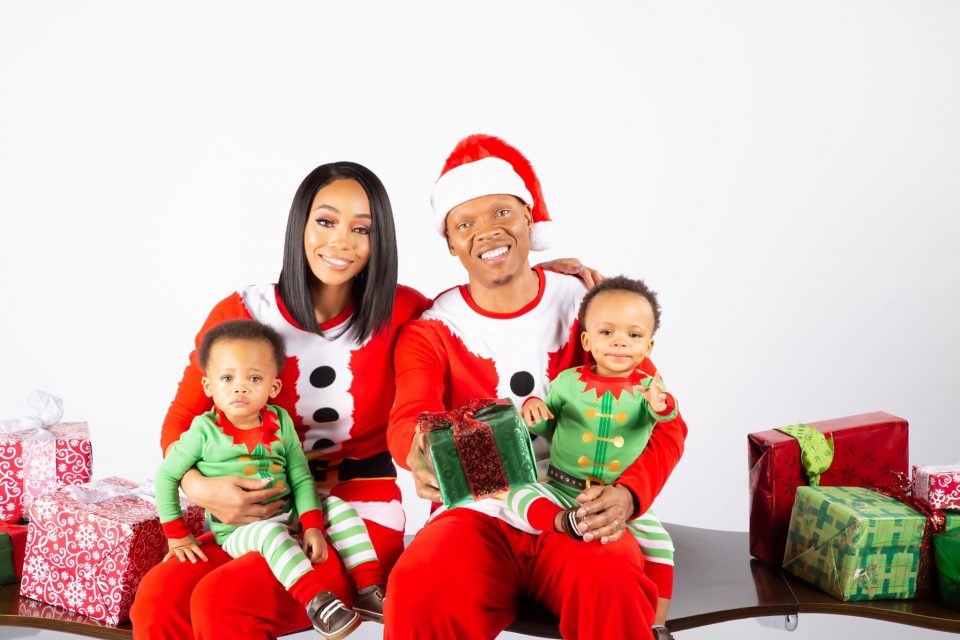 Ronnie and Shamari DeVoe are new to “The Real Housewives of Atlanta” but not to fame or their fans. As one-fifth of the iconic group New Edition and one-third of the ’90s R&B girl group Blaque, respectively, Ronnie and Shamari are the definitive celebrity couple two times over.

While fans were still celebrating BET’s wildly successful “New Edition” biopic and the couple was celebrating the arrival of their adorable twin boys, Roman and Ronald, Ronnie and Shamari were tapped to be the newest addition to the often-controversial and always-talked-about reality TV series. Early in the season, Shamari opened up to her castmates about her bisexuality and the fact that she and her husband at one time had an open marriage. Tongues immediately started wagging, but the DeVoes handled the questions and criticisms head-on like the industry professionals they are.

Rolling out sat down with the DeVoes to learn more about their journey from being in an open marriage to becoming marriage ambassadors and coaching other young couples; their perspectives on becoming new parents after being together for more than 13 years; their thoughts on joining a very public TV show after being purposely private; and, of course, how they plan to spend their second Christmas holiday with their twin boys.

Is seeing each other in the mother and father role different than husband and wife?

Ronnie: Yes, because we are no longer focused on only each other. Now we have the responsibility of raising two impressionable young minds, and it’s a learning experience trying to figure out how to [not only] share our love [with] one another but also give our children all the attention they need. It takes teamwork to raise two kings.

When did you decide to have children, and what was that journey like?

Shamari: We decided to have children 13 years ago, but it wasn’t until we overcame the obstacles within our marriage that God blessed us with our twins. The journey was long, and sometimes we even questioned whether or not we would ever have children but it was well worth the wait.

Celebrities like Gabrielle Union and Michelle Obama have shared about their difficult road to pregnancy. Can you relate to their stories?

Ronnie: Of course we can relate. In fact, in 2016, it was Michelle Obama [who] told us that we need to, “Get to it!” Two months later that same year, we were pregnant. We have so many family members, friends and prayer warriors around us, and we truly appreciate them speaking life into existence.

What made you decide to join “RHOA”?

Shamari: Last year, “RHOA” reached out to me about being on the show, and I was pregnant with the twins so I was unable to. Then they reached out again this year, so I thought it was a great opportunity for people to hear my story. The world knew me as a member of the multiplatinum group Blaque and as an actress from Bring It On and even as “Ronnie’s wife,” but I wanted people to know me simply as Shamari DeVoe.

Ron, did you know the New Edition movie would be such a big hit with fans? It launched a whole new demographic of fans. Were you expecting that?

Ronnie: I thought it would be successful, yes, but it even exceeded my expectations. We have some of the best fans on the planet. Those NE 4 Lifers are the engine that keeps New Edition pushing and persevering through it all.

You had an open marriage for years and are now advocates for marriage. Do you believe other couples can learn from your example?

Ronnie: We had an open marriage seven years ago, and our marriage has been restored for four years now. We call ourselves marriage ambassadors. We accept the responsibility to represent, promote and boost the idea of fighting for your marriage. We choose to share our experiences so that people understand that we aren’t a perfect couple, but we’re a couple that represents love, forgiveness and compassion.

What has kept you committed to each other over the years?

Ronnie: Coming from a broken family and not wanting to end up in that same position, along with seeing the example of people married 25-plus years, has always been a part of our value system. On top of that, the love and loyalty that we have for each other. We put God first, and we honor the oath we made to him on March 10, 2006.

You have a new single out featuring both of you. Will you be doing more projects together?

Shamari: Yes. This is just the beginning. We started working on our project five years ago, and we just released our first single “Love Comes Through,” [which is] available on all digital platforms, and the name of our group is “Me & Mari.” We are so excited and look forward to releasing our album very soon.

Ronald and Roman aren’t identical. Do you see differences in their personalities?

What will this Christmas morning be like in the DeVoe house?

Shamari: This is the first Christmas we have a real Fraser fir tree, so our home smells like fresh pine. The boys will be able to run downstairs and tear open all their gifts like little big boys. Now that we have children, we are instilling in them the spirit of giving, not just during Christmas but year-round. We are hosting Christmas at our home this year, so it will be full of love, family fun and good food.