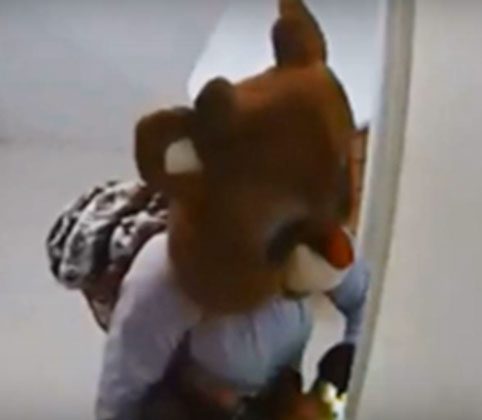 Police in the town of  Fort Collins, Colorado, actually have a BOLO alert for Rudolph the Red-Nosed Reindeer. It all stems from a burglary caught on video where a woman dressed as the iconic holiday character breaks into a business.

Police have called the woman “Burglar Rudolph” and are seeking the public’s help with identifying the suspect. Part of that request was a video and lyrics posted to the department’s Facebook page as follows:

“Rudolph the Red-Nosed Burglar, Had a very shady scheme, and if you saw the video It would want to make you scream.

“All of the other burglars used to steal without disguise. They weren’t like this Rudolph. She’s different from the other guys.

“On one foggy December eve, Rudolph came to steal. Broke into a Hickory shop, never expected to see a cop.

“Oh, how the camera caught her, as she committed burglary. Rudolph the Red-Nosed Criminal, we need your help with her I.D.”

Rudolph the Red Nosed BurglarHad a very shady schemeAnd if you saw the videoIt would want to make you scream.All of the other burglarsUsed to steal without disguiseThey weren’t like this RudolphShe’s different from the other guys.On one foggy December eveRudolph came to steal.Broke into a Hickory shop,Never expected to see a cop.Oh how the camera caught herAs she committed burglaryRudolph the Red Nosed CriminalWe need your help with her I.D.*****All kidding aside, in the early morning hours of December 18, someone actually broke into a business in the 300 block of Hickory Street and stole several items…while attempting to disguise herself as one of Santa's helpers. If you have any info about this incident or know suspect's identity, let us know so we can notify St. Nick. Please call Officer Treutler at 970-221-6555 or Larimer County Crime Stoppers at 970-221-6868.Thanks for your help, Fort Collins!