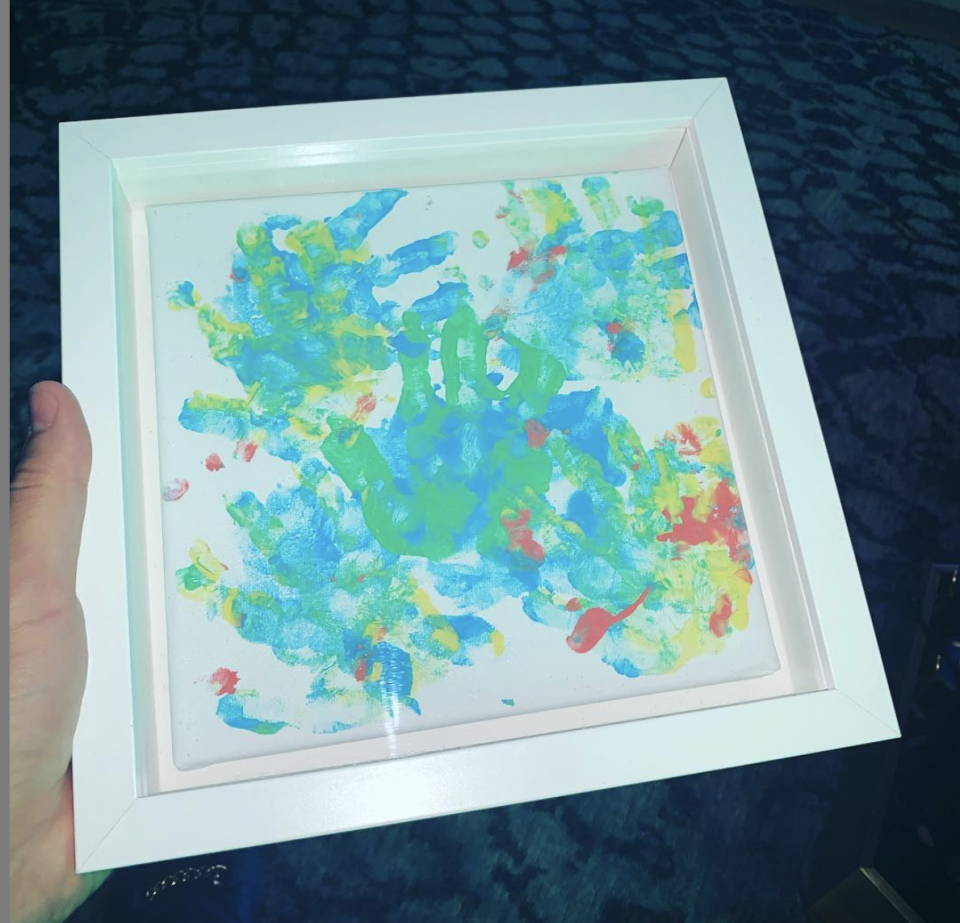 Drake shares a photo of his son’s Christmas present to him (Photo source: [email protected])

It has always been said that Drake stays in his feelings, but this time it isn’t because of Kiki, KB or Resha.

The rapper took to Instagram to gush over his Christmas gift — a framed piece of artwork from his son Adonis. It was an abstract painting featured blue, red, yellow and green handprints.

Earlier this year when Drake was beefing with Pusha T, there was a song released called “The Story of Adidon.” In that song, Pusha T asserted that Drake had a secret child with Sophie Brussaux.

In June, the “God’s Plan” hitmaker finally confirmed that the rumors were true. Drake’s single “March 14” on his  Scorpion album said it all: “Yesterday morning was crazy / I had to come to terms with the fact that it’s not a maybe / That s— is in stone, sealed and signed / She not my lover like Billie Jean but the kid is mine / Sandi used to tell me all it takes is one time, and all it took was one time…”

It’s great to see that Drake is happy and apparently embracing fatherhood. Hopefully, he will share a photo of baby Adonis soon.