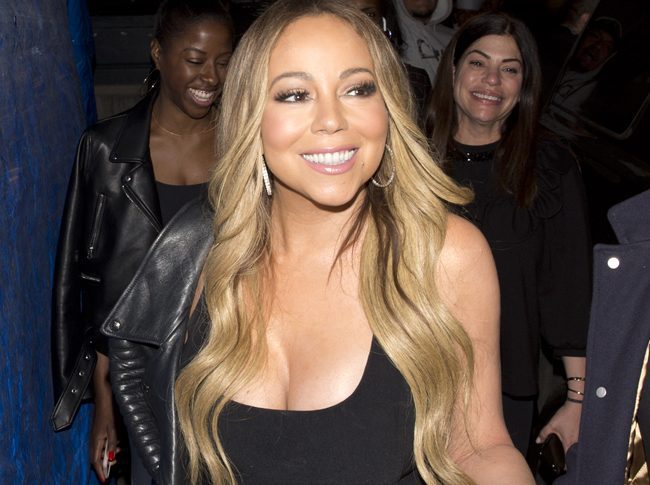 Mariah Carey set a new one-day streaming record with her classic Christmas hit “All I Want For Christmas Is You.”

The 48-year-old singer broke a new record on Christmas Eve, Dec 24, 2018. This year her hugely popular festive hit — which was recorded in 1994 — became the most streamed song in a single day on Spotify.

According to chart data reported by Billboard magazine, the hit song was streamed a whopping 10.8 million times on Spotify throughout Christmas Eve, as people got themselves in the festive spirit ready for Christmas Day.

The track dethroned the previous record held by late rapper XXXTentacion, who logged 10.4 million streams with “SAD!” a day after his death in June.

Carey used Twitter to share her surprise at the news, as she didn’t expect to break the impressive record.

Quoting a news report on the feat, she wrote: “Wait … What?!” accompanied by three shocked emojis.

But the singer may have contributed to the streams of her single herself, as she recently admitted that she listens to Christmas music “24 hours a day” over the festive season.